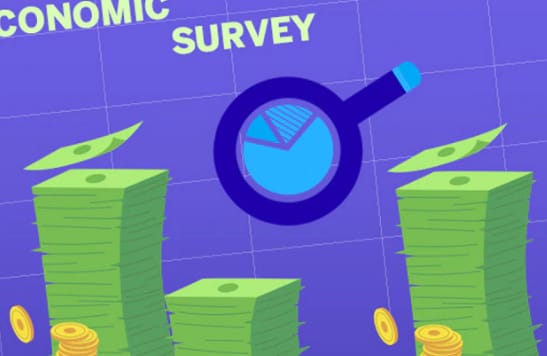 New Delhi: The country’s exports are expected to contract by 5.8 per cent and imports by 11.3 per cent during the second half of the current financial year, though the implementation of several measures by the government would help support exports going forward, according to the Economic Survey 2021.

With gradual recovery of economic activities, the survey said that imports and exports have picked up.

Implementation of initiatives taken by the government such as rolling out of tax refund plan RoDTEP  and production linked incentive scheme would help support exports going forward, the survey said.

The country’s outbound shipments were hit hard due to the COVID-19 pandemic. Even before the pandemic, the exports were impacted by the slowdown in the global demand.

Fall in shipments of key sectors like petroleum, engineering and gems and jewellery had led to an overall contraction in exports. The contraction hit a record in March 2020 when the shipments declined by over 60 percent. In December 2020, it grew marginally by 0.14 percent.

“Various exports initiatives… including those aimed at promoting ease of exporting, have been undertaken by the government and the RBI and implementation of these initiatives would pave the way for the sustainable export performance in India going forward,” the survey said.

Measures taken by the government to boost exports included extension of foreign trade policy till March 2021, rolling out of Remission of Duties and Taxes on Export Products (RoDTEP) from January 1 this year, and introduction of production linked incentive scheme with an outlay of Rs 1.46 lakh crore.

Under the RoDTEP scheme, duties and taxes levied at the central, state and local levels such as electricity duties and VAT on fuel used for transportation will be refunded to exporters in their ledger account with the customs authority. The credits can be used to pay basic customs duty on imported goods or transferred to other importers.

The RoDTEP rates would be notified by the department of commerce.

According to the survey, for the 2020-23 period, a new National Trade Facilitation Action Plan (NTFAP) is under preparation to take additional reforms to bolster trade facilitation efforts and transform the cross-border clearance eco-system through risk-based, seamless and technology driven procedures.

A national logistics policy is in an advanced stage of rollout with an aim to develop a modern logistics services.

It added that these initiatives “would go a long way in strengthening external sector in general and exports in particular”.