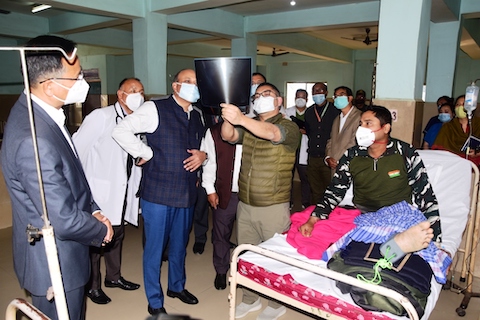 The hours of the poll will be from 7:00 AM to 4:00 PM. Polling for 38 Assembly constituencies were held on Feb 28. The proposal for re-poll in these polling stations was recommended based on the facts and information received/reported from respective Returning Officers. One of the main reason for consideration of re-polling was connected to the damage of EVMs by miscreants during and after the poll, he said.

Chief Electoral Officer, Manipur also expressed condolence over the demise of an India Reserve Battalion (IRB) constable namely, K Lalawmpuia in an accident on March 1 at Tamenglong district. He also prayed for the speedy recovery of other people injured in the accident. Late Lalawmpuia, who hailed from Zion Veng in the Champhai district of Mizoram, was posted at 2nd Battalion IRB, Mizoram.