In a tweet, the EAM said their talks covered the bilateral cooperation, Indo-Pacific, Afghanistan, Myanmar and travel facilitation. 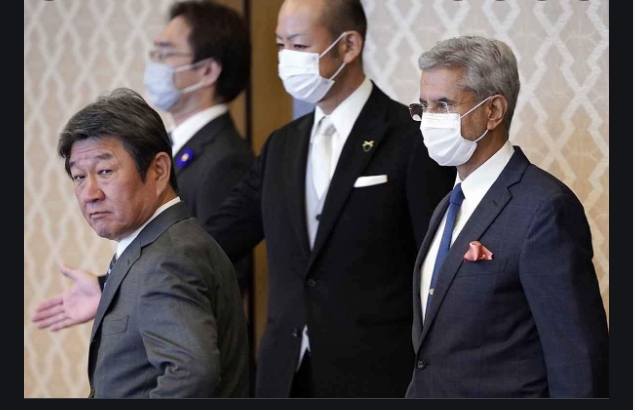 In a tweet, the EAM said their talks covered the bilateral cooperation, Indo-Pacific, Afghanistan, Myanmar and travel facilitation.

Hayashi was appointed the new Foreign Minister two weeks ago,

During the telephone talks between the two prime ministers, the two sides had discussed strengthening the India-Japan Special Strategic and Global Partnership and enhancing cooperation in the Indo-Pacific region.

Amid the increased focus on the Indo-Pacific region, Japan is to host a meeting of the QUAD group next year. White House coordinator for the Indo-Pacific Kurt Campbell said this on Friday while speaking at an event of the US Institute of Peace.