He also appealed to them not to join agitations and take part in strikes and bandhs and said if they need anything or are facing any issue, they can first approach their university authorities or department concerned to discuss the issue. 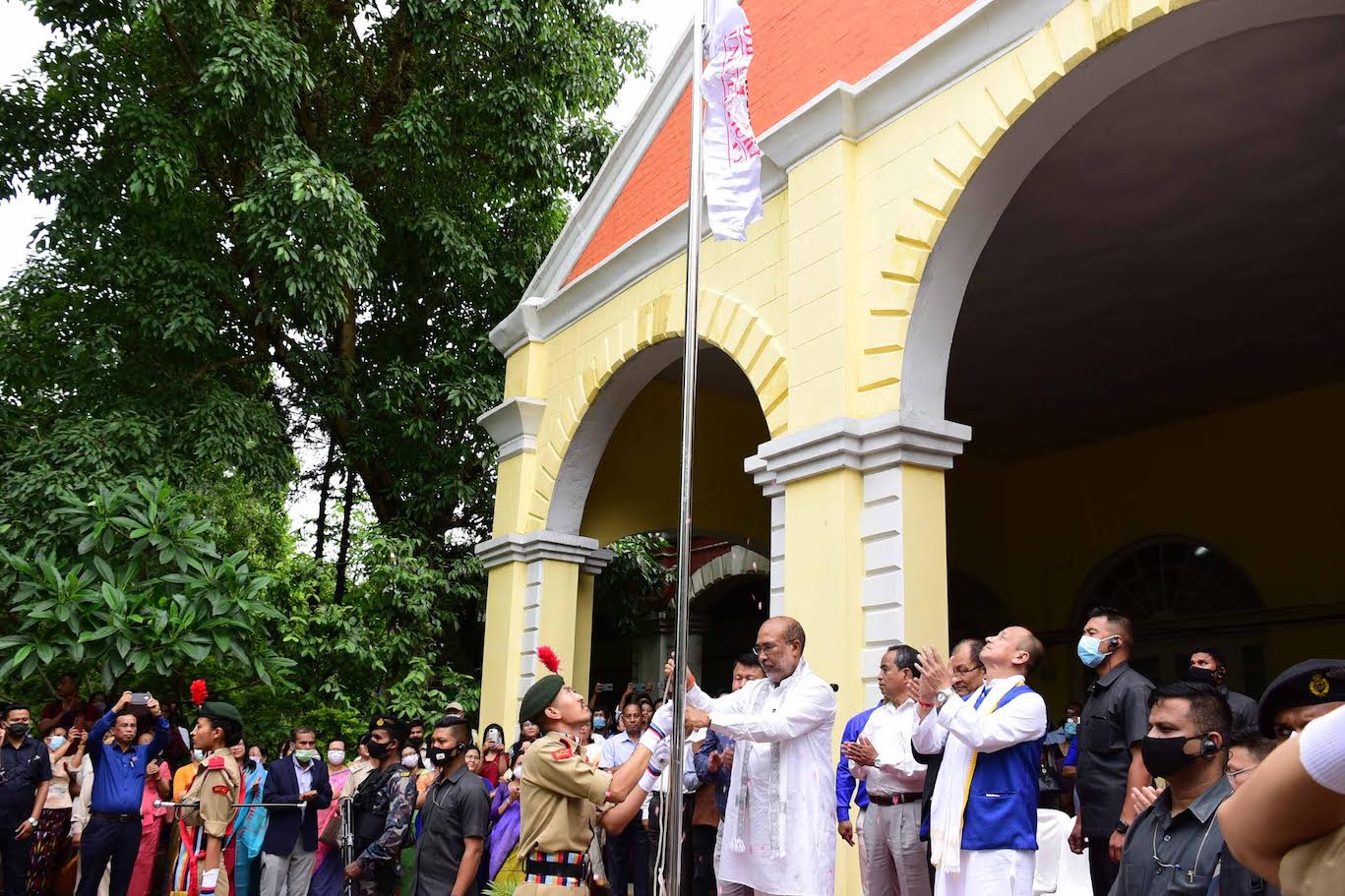 Imphal: Chief Minister N Biren Singh strongly urged students not to waste their time in unproductive things which can disturb the academic atmosphere.

He also appealed to them not to join agitations and take part in strikes and bandhs and said if they need anything or are facing any issue, they can first approach their university authorities or department concerned to discuss the issue.

He said the students can also meet him, stating that there are no issues that cannot be settled or solved.

Stating that we cannot succeed without showing respect to our elders, he asked the students to be respectful to their teachers and elders.

The Chief Minister said politics should be based on reality and be realistic, it should not be just words, but these words should be followed by actions. He further asserted that the BJP led government in its first term was focused mainly on bringing peace and building a peaceful co-existence among communities without bandhs, blockades, strikes, etc, to create an atmosphere where each one of us can perform our responsibilities and duties.

He stated that nepotism in promotion and employment at institutions and offices will not be tolerated and will be streamlined on merit/seniority basis according to the Recruitment Rules.

Touching on the issue of war on drug campaign, he said teachers should also spread awareness among the students on the ills of the drug menace. It is time to think of our future generation.

Further stating that the State is fortunate to get a university of the stature of DM University, the Chief Minister also expressed his happiness over witnessing the discipline shown by the young students of the university during the march past parade.

Further expressing the need to promote and preserve our history and showcase our identity before the world, the Chief Minister said there are some few outsiders who are trying to manipulate and wrongly represent Manipur’s history. He further stressed on the need to include Manipur’s history in the educational syllabus.

The Chief Minister also recounted historical events like the Seven Years’ Devastation and reminded the students of the forefathers in surviving such events and in driving off enemies. He further elucidated contributions of kings like Maharaj Kullachandra, Maharaj Gambhir Singh in nation building and said we should inculcate their nationalism.

The Chief Minister further said that the Anglo Manipur was fought on several fronts, and that the government is trying to observe the Anglo-Manipur War memorial at Tengnoupal and Mayang Khang also, starting from next year.

Further highlighting some developmental works in connection with DM University, the Chief Minister said that as part of the 100-days programme of the government, new infrastructures to be inaugurated before June 30 include Academic Block for Arts, Science and Commerce, Main Library, library block for GP College.

He said DPRs are being prepared for additional hostel, examination block, laboratories, he said adding that bifurcation of Teaching and Non-teaching staff from Directorate of Higher Education is a major demand and will be decided upon at the earliest by the cabinet.

Education Minister. Th. Basanta Singh attending the function as a guest of honour said that Monday’s festival has a strong implication for the future of our society because the youth is the foundation of our society and how we grow as a state and nation is dependent on the youth.

Vice Chancellor Prof. N. Rajmuhon said that it will indeed provide a platform for showing the multidimensional talents of the youths of the State in various extracurricular activities.

This four day festival will provide opportunities to the students of the five colleges to compete in various events and a healthy competition among the students, he added.