Don’t speculate too much: Mukul

"Who told you that, where did you hear about it, why do you people speculate so much when there's nothing concrete yet? I said we will meet first, so there's nothing else I can tell you," a harried Dr Sangma told UNI over phone from his residence. 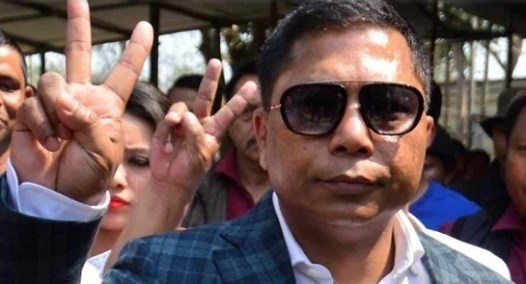 Shillong: Setting aside all speculative and unverified reports about his parting ways with the Congress party today, CLP leader and Leader of Opposition Dr. Mukul Sangma has once again refuted such reports vehemently.

“Who told you that, where did you hear about it, why do you people speculate so much when there’s nothing concrete yet? I said we will meet first, so there’s nothing else I can tell you,” a harried Dr Sangma told UNI over phone from his residence.

Shillong woke up early today to unverified news on some local and national media that Dr. Mukul would be quitting the party along with 12-13 legislators to apparently join the TMC. This writer connected to TMC leader Suhmita Dev for a comment but she affirmed ignorance of the matter. “I really am not aware of such a matter, I assure you, I’ve not even heard of it yet,” she said firmly.

When desperate journalists showed a social media post by TMC MP Mahua Moitra stating that he along with 13 other MLAs are quitting the Congress and “are likely to merge with the #TMC”, he brusquely asked the journalist, “Who is this, don’t know her. There are so many people that I also don’t know. Media should first verify their sources before listening to their wild yarns”

Rubbishing these reports Dr. Sangma said, “I was woken up early to all these speculative stories and everybody was hounding me. What is this? Please leave me alone for now.”

Meanwhile, sources close to Dr. Sangma inform that he and his party colleagues will be meeting later this evening and probably sit again tomorrow morning before any public announcement is made.
Dr. Sangma’s wife and Mahendraganj MLA Dikanchi D Shira is returning to Shillong in the evening after attending to some domestic requirements in South India.

The Congress party won 21 seats in 2018, but two MLAs from Garo Hills namely Clement Marak and Dr. Azad Zaman died soon after while Khasi hills lost David Nongrum to a cardiac arrest and Martin M Danggo quit the party after winning to join the NPP.

Sources also pointed to the manner in which only selective national media are reporting this news; akin to a Prashant Kishore style of information dissemination. “The way in which only a few media houses are carrying this narrative seems like a well orchestrated attempt to feed content in such a manner so as to get Dr Mukul and company to start looking for more feasible options,” the source underscored.