Refuting the allegation that smart meters are being procured at the rate of Rs 9,444, Sangma said, “This is the kind of misinformation which is doing the rounds and people are not aware of the accurate information, thereby rumour mongering is so rampant here and allegations of corruption are taking place.” 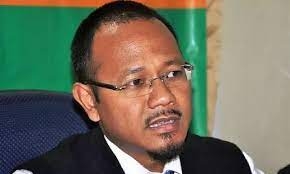 Shillong: Meghalaya Power Minister James Sangma on Monday maintained that he had done “nothing wrong” by trying to bring reforms in the Meghalaya Energy Corporation Limited (MeECL), which some people are “uncomfortable” with, even as there has been a growing demand for his ouster from the power department, including from within the ruling coalition.
Stating that the power sector in Meghalaya is in need of much-needed reform, Sangma said, “As a minister, I have not done anything wrong. What I am trying to do here today is to bring in very much needed reforms. Reforms involve many changes that are going to take place and we want to bring in lots of technologies into improving the system in MeECL. This is something which is not a luxury anymore but it is a necessity to bring in reforms in the power sector.”
On the demand for his ouster from the power department by the United Democratic Party (UDP), an ally of the Meghalaya Democratic Alliance (MDA) government and MeECL Engineers Association, the Power Minister said, “I know there may be some people who are uncomfortable with (reforms) and reforms are a disruption to something people have got used to. I completely understand that”.
“I welcome all sorts of ideas and suggestions from our coalition partners. If they have some concerns, I believe these concerns are genuine, there is no doubt, as lots of people are being affected by the energy sector in Meghalaya but we have been working so hard to ensure such kinds of problems are minimized, they are streamlined so that delivery mechanism, the way that consumers are empowered – these are things we want to bring in and we are trying to put these into place,” he added.
On UDP’s demand for his ouster as Power Minister, Sangma, said, “Their concerns are very genuine, I appreciate them for that. Yes, there are problems and these problems have been going on for so many years but what is important is we have to work collectively as a team to come together and ensure we find a solution to that. I am more than welcome to listen to those suggestions.”
“I do not know why no one has reached out to me on the matter. I have the utmost respect for Jemino Mawthoh, he has been my colleague in the last Assembly and we have been friends and shared many ideas. But Jemino has not reached out to me and tell me that I have to step down. I should take responsibility for all and everything that has happened,” the Power Minister said.
Regarding allegations of corruption in the MeECL, the Power Minister said, “The allegation of mismanagement of finances is something that we as a government viewed very seriously. We have always maintained that such kind of practices we will not be tolerating.”
“In fact, you have seen there was a tender for the Mawlai sub-station and this tender was done in a very irregular manner in fact in an illegal manner. This was rightly pointed out by the Ministry of DoNER and we took action on that and have scrapped the tender and initiated proceedings – what I mean to say is such kind of practices we have the least amount of tolerance for – rather zero tolerance for that,” he said.
Refuting the allegation that smart meters are being procured at the rate of Rs 9,444, Sangma said, “This is the kind of misinformation which is doing the rounds and people are not aware of the accurate information, thereby rumour mongering is so rampant here and allegations of corruption are taking place.”
“I have categorically stated in my last press conference that the meter cost is to the tune of Rs 3750 and it is nowhere near Rs 9,444. We are strictly following guidelines laid down by the Government of India, CBC norms and all these kinds of activities are being monitored. Therefore, I do not see where these allegations of malpractices in terms of the tendering process are coming from,” he said.
He also said that the process is on for the introduction of Enterprise Resource Planning (ERP) to ensure that the whole structure of the MeECL starting from billing to accounting is synergized and coordinated in a better manner.