Meghalaya Assembly Speaker Metbah Lyngdoh has rushed to the construction site along with PWD officials to take stock of the situation. 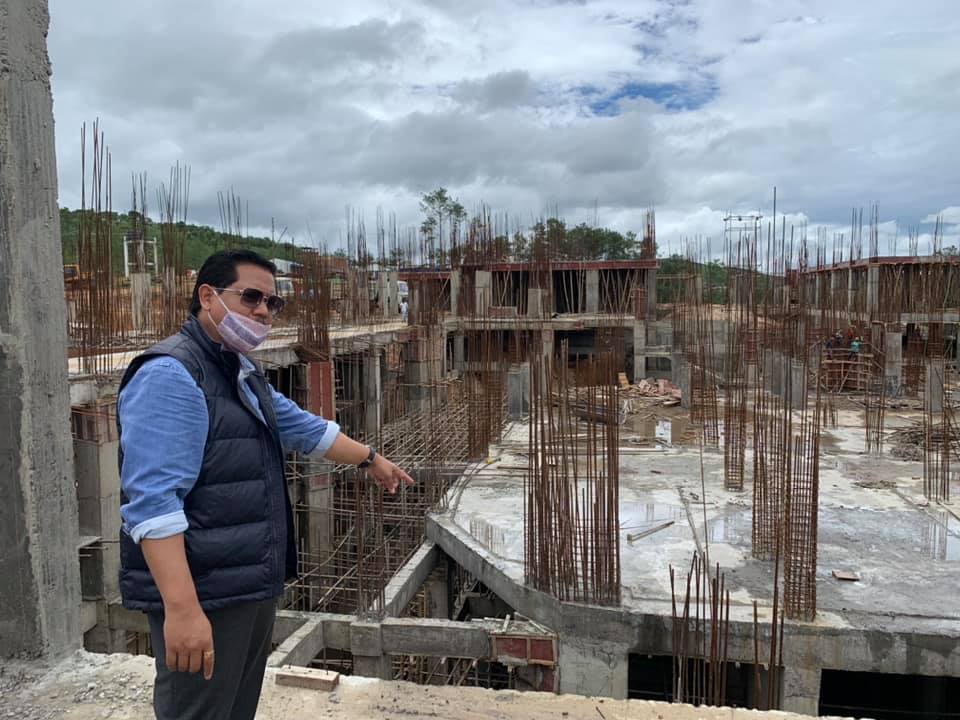 Shillong: The metal dome of the under-construction Meghalaya Legislative Assembly at Mawdiangdiang in New Shillong Township collapsed in the wee hours of Sunday, an official said.

No causality was reported so far, a police official said.

A construction company official told UNI over the phone that the Dome collapsed around 1230 in the wee hours of Sunday.

The workers were working on installing the dome till 9 pm on Saturday before the dome collapsed.

“We cannot tell you the exact reason behind the collapsed of the dome,” Anuj Kansal, the official of the construction company said.  The installation work for the dome started in March by using a crane brought from outside the state.

Meghalaya Assembly Speaker Metbah Lyngdoh has rushed to the construction site along with PWD officials to take stock of the situation.

The work for the dome started two months back using a crane brought from outside the state. The new Meghalaya Assembly building is being constructed on 80 acres of land at Mawdiangdiang in the New Shillong Township.

The project amounting to Rs 127 crore has been allotted to Uttar Pradesh Rajkiya Nirman Nigam Ltd which is a PSU of the Uttar Pradesh government.