Ramesh stressed that Spokespersons have to ensure that elections are "seen to be free and fair". 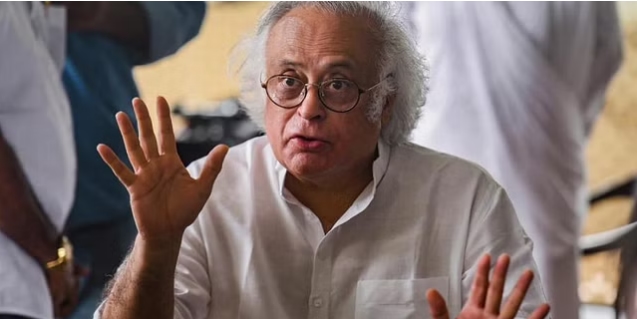 New Delhi: Ahead of the Congress presidential election which is likely to see a contest after 22 years, Congress General Secretary Jairam Ramesh has told party spokespersons to refrain from making any comments on those contesting the polls, sources said on Friday.

According to a source, all office bearers of the Communication department and spokespersons were told to turn their focus on the remaining Bharat Jodo Yatra.

Sources said Ramesh, in a message, urged all Spokespersons and office bearers of the Communications Department of AICC to refrain from making “any comment of any kind on any colleague of contesting the elections for the post of Congress President”.

Ramesh stressed that Spokespersons have to ensure that elections are “seen to be free and fair”.

He asked the spokespersons to stress the fact that Congress is the ‘only political party” to have a democratic and transparent system in place for election to the post of its President and the only one in India to have an independent Election Authority to conduct organizational elections.

He also said a person wanting to contest needs no nod from anybody to do so except from 10 PCC delegates for a filing nomination form, and the election authority ensures free and fair elections.

The source added that he said if elections have to be held on October 17, the party welcomes it, but the focus of the entire organization should be on the Bharat Jodo Yatra.

The nominations can be withdrawn till 3 pm on October 8, and the first list of candidates will be published at 5 pm on the same day.