The division into hills and valley started only by the British colonists after Manipur was defeated in the Anglo Manipur War of 1891. 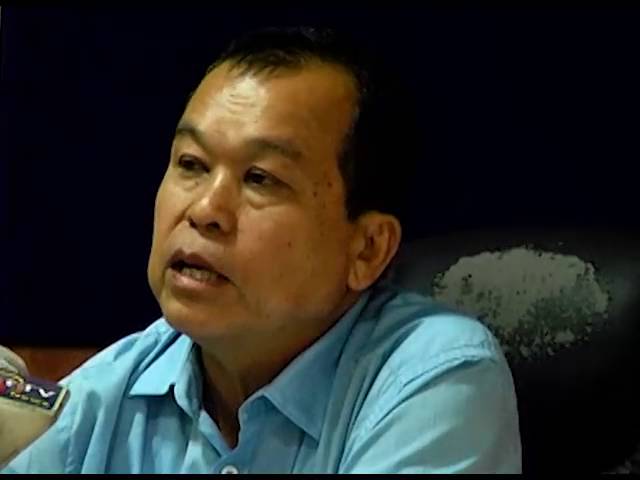 Imphal: The Youth for Peace and Progress (YPPM), a Manipur-based youth organisation Monday demanded a public apology from Prof Amar Yunman of Manipur University for “distorting historical facts” about the ‘Great Kingdom’ of Manipur.

A Ph.D thesis entitled, “Socio-economic roots of insurgency in North East India”, which was guided by Prof Amar Yumnam of MU & Dr. Sadananda Sahoo of IGNOU has attempted to nullify all the efforts and sacrifices of our forefathers to build such a great kingdom. As against the all evident historical facts, the author tried to distort that the merger of Manipur to Dominion of India was only 700 square miles, and the Maharaja of Manipur had no Suzerainty over Tribal chiefs of hill areas in Manipur, said a statement by YPPM.

It said that Sushil Kumar Shama has committed a crime against the people of Manipur for distorting the history using half baked truth. Prof Amar Yumnam and Dr Sadananda Sahoo are accessories to the crime as being guides. They owe a public apology for their crime. Unfortunately it is learnt that Sushil Kumar Sharma was already expired. So the onus for undoing the mistake lies with Prof Amar Yumnam and Dr Sadananda Sahoo, the youth-centred body added.

The civilizational journey of the people of Manipur and the accompanying kingdom is reflected in the proclamation by His Highness Maharaja Budhachandra in the inauguration of the First Manipur Assembly on October 18, 1948 as “She had her domination over a wide area extending as far as Southern portion of China in the North, the gold mines in the Sivasagar valley, the river Chindwin in the East and South, and Chandrapore (Cachar) in the West. Her present area is 8650 square miles plus 7000 square miles of Kabaw valley including 7900 square miles of the hills”. This was declared when Manipur became independent from Colonial yoke of British rule and yet to be merged to the Dominion of India.

The list of members of the Manipur Legislative Assembly of 1948 as well as the composition of Council of Ministers proves this inclusivity.

Looking at the history of Manipur before she came under British Paramountcy in 1891 after Manipur lost in Anglo-Manipur War of 1891, the kingdom of Manipur was the protector of various people inhabiting the Imphal Valley, surrounding hills, Kabaw Valley and Cachar. We are proud to be a horse riding nation, skilled in warfare using Arambai riding on ponies.

Combined with skills of making and using boats to travel far and wide through our river courses undertaking surprise attacks and unparalleled marial skills of Thang-ta which included spiritual training, the kingdom with Kangla as capital could expand her influence far and wide in West Asia.

Cheitharol Kumpapa has also recorded many events which clearly show the extension of Administration of Manipur Rajah over the hill villages.

The conviction of 2 Siroi, 19 Nunghar, 27 Nungbi and 2 Khambason villagers and putting them into jail by Chandrakriti Maharaj in 1884 AD for their inter tribal village feuds leading to kiling amongst themselves would not have been possible if the Maharaja did not have suzerainty over village chiefs in hill areas. Cheitharol Kumpapa has also recorded punishing a villager of Choithar village for spearing a woman of Phadang village in 1846 AD during the reign of Narasing Maharaja.

In fact, the civilizational journey starting from the Old Stone Age when we lived in caves and survived by gathering foods and hunting, then to New stone age more than 10,000 years ago when people started settling in the valley practicing agriculture, then back to hills when valley was submerged with blocking of river course most likely due to landslide triggered by natural calamity and again back to valley settlement when water was drained out leading to the establishment of a great Kingdom which Britishers themselves described as an Asiatic Power would not have been possible without participation of all those people who stayed back in the hills surrounding the valley. They were equal partners to this eventful history even though there had been friction on some occasions which is normal in any situation. Let us also remember that our people residing in hills became tribals only when the British came.

The division into hills and valley started only by the British colonists after Manipur was defeated in the Anglo Manipur War of 1891. Even under this scheme under British paramountcy where the British divided Manipur into two administrations Hill and Valley – Maharaja was responsible for the administration of the State assisted by a Darbar. The Hil Tribes were administered on His Highness’s behalf by the president of the Darbar assisted by one or more officers.

The Manipur State Gazette dated July 23,1947 whereby the order for abolition of POTHANG (Begar) and Forced Labour on hill subjects was signed by Maharaja Budhachandra just strengthens the assertion that even under British rule where dual administration was adopted, Maharaja was still the head, it contended.