'The Dimapur – Kohima rail line will involve building of nearly 190 bridges and almost 26 km of tunnels, has languished for more than a decade and seen cost escalation during these years. 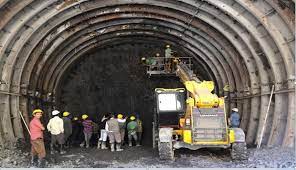 Kohima: The first phase of the Dhansiri to Shukhovi of the Dimapur – Zubza Broad Gauge Railway line project, which will be connecting the capital town Kohima, had been completed and trains would start to ply on the route soon.

‘The Dimapur – Kohima rail line will involve building of nearly 190 bridges and almost 26 km of tunnels, has languished for more than a decade and seen cost escalation during these years.

According to officials, the Railway will have a trial run of trains from Dhansiri to Sukhovi by December this year. He stated that phase II with a length of 28 Kms from Shukhovi to Pherima is expected to be completed by July 2023, while phase III with a length of 38 Km from Pherima to Zubza by March 2026. The 82.5 Km Broad Gauge line project will have eight stations and 20 tunnels covering a total length of 29.30 Km.

Issues related to the project and how the State Government could supplement in the smooth conduct of the works being executed were also discussed during the meeting.

Nagaland Chief Secretary J. Alam expressed his appreciation to the Railways for taking up the project and added that instructions had been given to the respective deputy commissioners to make sure that the project is implemented smoothly.

He also assured all necessary support from the state so that the project is completed on time. Alam also instructed Nagaland PWD and Railways to conduct a joint survey on the connecting roads to the stations and work out the solutions at the earliest, sources said.