Route march is conducted to show the presence of the Department and it is also planned to conduct more such exercises in the near future. 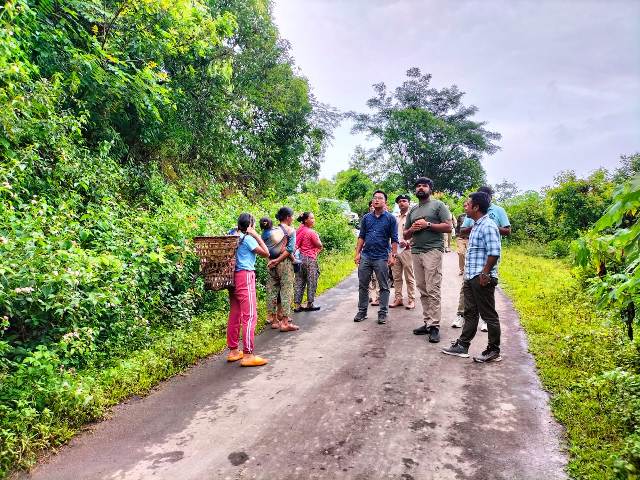 Kangpokpi: DFO Kangapokpi, N.Ganesh along with Forest officials and staff conducted a route March along the boundary of the Kanglatongbi Kangpokpi Reserved Forest (KK RF). Around 20 Sq Km area was covered alongside route-march, to assess the anthropogenic pressures across the reserved forests.

Route march is conducted to show the presence of the Department and it is also planned to conduct more such exercises in the near future. It is proposed to put more check-posts on the boundaries of the RF for checking such illegal activities in and around the RF.

Many small-scale mining activities were found inside and along the RF boundary. Some of the stones quarried were seized along with a truck loaded with stones and legal action will be initiated against those. Range Forest Officers were directed to make a fresh assessment of encroachers. DFO has issued a strict warning to those who were involved in small-scale mining from the rivulets of KK RF.

It may be noted that the Joint Survey of Kanglatongbi Kangpokpi RF is still in progress. ACF Kanggpokpi and Range Forest Officers were also present in the Route march and patrol.