Alipov has earlier served as Deputy Chief of Mission (DCM) at the Russian embassy in Delhi. 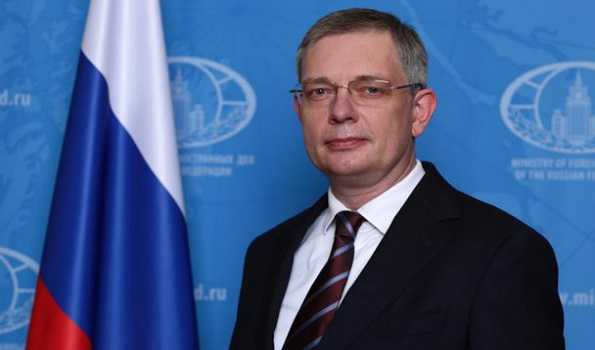 New Delhi: Denis Alipov, a career diplomat and dedicated India specialist with decades long experience in the country, has been appointed new Russian Ambassador to India.

He will succeed Ambassador Nikolay Kudashev shortly, the Russian Embassy said in a statement on Tuesday.

On December 6 last year, Russian President Vladimir Putin had flown down to India for holding the India-Russia annual summit with Prime Minister Narendra Modi. The two sides also held the inaugural 2+2 talks between their defence and foreign ministers that day, and both sides inked 28 agreements, including in the areas of defence and energy cooperation.

Kudashev had presented his credentials to President Ram Nath Kovind on October 26, 2017.

Alipov has earlier served as Deputy Chief of Mission (DCM) at the Russian embassy in Delhi.

Nikolay Kudashev has been named as Russian Envoy to Singapore.