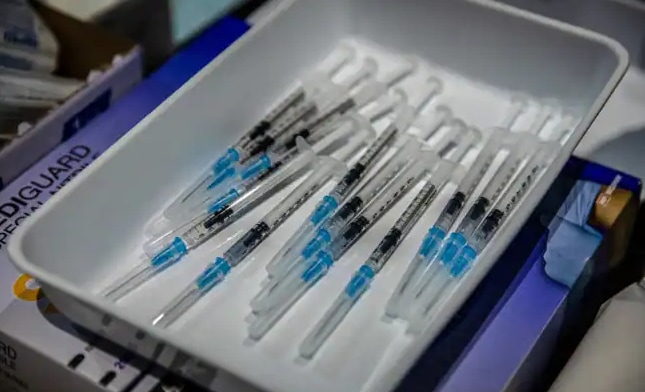 London: The Delta variant of the coronavirus SARS-CoV-2 reduces the effectiveness of the Pfizer/BioNTech COVID-19 vaccines in fully vaccinated people, although they still help prevent severe symptoms of the disease, according to a University of Oxford study released on Thursday.

Researchers said that there was no evidence that effectiveness varied by dosing interval, but they found that protection was higher among those vaccinated following a prior infection and younger adults.
“The vaccines are better at preventing severe disease and are less effective at preventing transmission,” Koen Pouwels, one of the lead researchers of the study, was quoted as saying.

According to the expert, the fact that you see more viral load with the Delta variant undermines hopes of achieving herd immunity.

The study, which was conducted in partnership with the UK Office for National Statistics and the Department of Health and Social Care, also found that the protection offered by the Pfizer/BioNTech vaccine declines faster than that of the vaccine developed by the University of Oxford and Anglo-Swedish pharmaceutical company AstraZeneca.

The Delta variant, first identified in India, became dominant in the United Kingdom after being classified as a variant of concern on April 28, accounting for 99 percent of the positive cases by June 27.