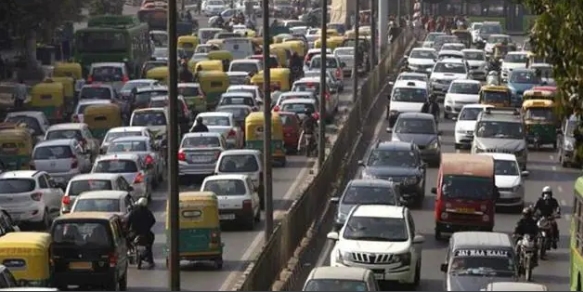 New Delhi: The Confederation of All India Traders ( CAIT) has strongly opposed the decision of the Delhi government to impose a ban on entry of diesel vehicles from October 1, 2022, to February 28, 2023.

Condemning the decision, CAIT Secretary General Praveen Khandelwal said the decision of the Delhi government will grossly and adversely affect the business of Delhi, particularly at a time when these five months are always good for business due to festival and wedding season.

He said it will ruin the Delhi trade to a larger extent and therefore the Delhi traders are in much anguish and will oppose the arbitrary and obnoxious order tooth and nail.

CAIT has convened a meeting of leading business associations of Delhi on June 29 to decide the future course of action on the issue.

The CAIT is also in talks with transport organizations and in collaboration will launch an agitation against Delhi Government.

Khandelwal said that environmental protection is certainly an important issue and all necessary steps must be taken but it should also be ensured that no other business is adversely affected by any decision of the government.

He claimed that the decision will result in a great crisis as with it no goods will come to Delhi nor goods can be sent from Delhi for five months.

Due to the long distances, no trucks can run on electric or CNG power.

‘Pertinently, Delhi is the largest distribution center of the country and the revenue of the Delhi Government is largely dependent on business activities. If this order is implemented, then there will be a big hurdle in the movement of goods in Delhi from other states and from Delhi to other states because the entry of trucks will be prohibited in Delhi which is not practical,’ he said.

The Delhi government on Thursday announced that entry of medium and heavy vehicles in the city will be banned from October 1, 2022, to February 28, 2023, to keep pollution in check this winter.