The surgery revealed perforation in the lower end of the food pipe. A part of the small intestine had developed gangrene and sloughed off, and the patient had multiple thinned out patches in the wall of the colon with one small leak, Dr Nundy said. 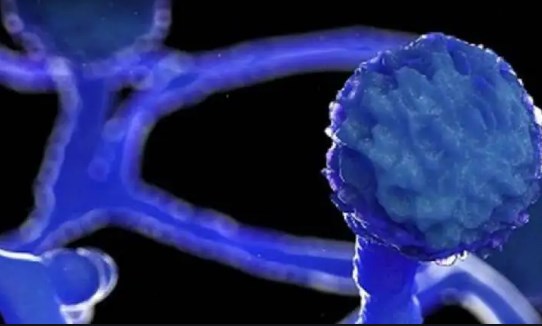 New Delhi: Delhi’s Sir Ganga Ram Hospital (SGRH) has come across a first-of-its-kind case of white fungus which causes multiple perforations throughout the intestine in a COVID-19 patient, doctors said on Thursday.

White fungus (Candida) causing multifocal perforations in the food pipe, small bowel and large bowel in COVID-19 infection has not been reported in literature to the best of our knowledge, the PTI quorted Dr Anil Arora, Chairman of the Institute of Liver, Gastroenterology and Pancreaticobiliary Sciences at the hospital, as saying.

A 49-year-old woman was admitted to the SGRH on May 13 with complaints of severe abdominal pain, vomiting and constipation. She had undergone a mastectomy for breast cancer in December last year and had received chemotherapy till four weeks ago, he said.

A CT scan of the abdomen revealed free air and moderate amount of free fluid in the abdominal cavity suggestive of an intestinal perforation, the hospital said in a statement.

The doctors immediately placed a tube inside the abdomen and drained about one litre of bile-stained pus.

A team of surgeons led by Dr Samiran Nundy of the Department of Surgical Gastroenterology and Liver Transplantation conducted an emergency surgery on the patient the next day.

The surgery revealed a perforation in the lower end of the food pipe. A part of the small intestine had developed gangrene and sloughed off, and the patient had multiple thinned-out patches in the wall of the colon with one small leak, Dr Nundy said.

The perforations were closed and the gangrenous segment was resected in a difficult surgery lasting four hours after which a piece of intestine was sent for biopsy, he said.

The woman’s COVID-19 antibody levels were markedly elevated. Her blood and peritoneal fluid culture showed exuberant growth of the fungus. She was immediately started on anti-fungals and showed remarkable improvement, he said.

However, five days later, she had to undergo a second surgery for a small leak from the anastomotic site. She is currently recovering from it, said Dr Aurobindo of the Department of Liver Transplantation and G I Surgery.

There have been cases of fungal infection (black fungus) secondary to COVID-19 infection with underlying diabetes, but white fungus causing severe ulceration and gangrene of the intestine with multifocal perforations in the food pipe, small bowel and large bowel in the setting of COVID-19 infection has not been reported in literature to the best of our knowledge , Dr Arora said.

Malignancy, recent chemotherapy, and a superimposed COVID-19 infection together drought down the immune system of the patient to dismally low levels, he said.

Normally the intestine remains in perfect harmony with the fungus called candida. In immune suppressed states such as diabetes, injudicious use of steroids, overzealous broad-spectrum antibiotics and chemotherapy for an underlying malignancy, there is inward migration of this candida – the white fungus – from the intestinal lumen into the body tissues by disrupting the normal gut barriers.

This is followed by intestinal complications like ulcers, bleeding, gangrene and perforation, followed by transmigration of the candida across the beleaguered gut barrier into blood, culminating in sepsis and multiorgan failure, Dr Arora said.