Mumbai City FC is cruising in the Hero Indian Super League (ISL) 2021-22 season so far, having won three out of the four matches played. Sitting on top of the table with the highest goal difference, the Islanders now face Jamshedpur FC who are trailing behind them in the second position. 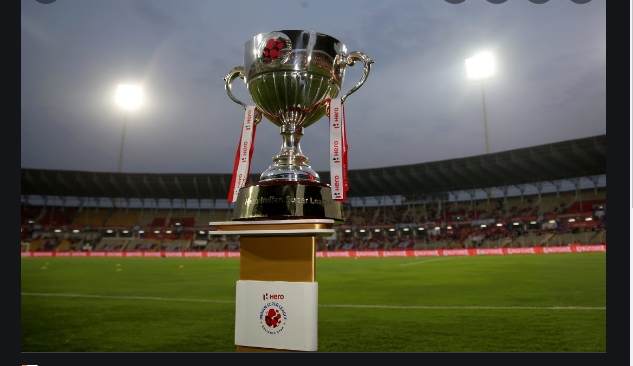 Mumbai City FC is cruising in the Hero Indian Super League (ISL) 2021-22 season so far, having won three out of the four matches played. Sitting on top of the table with the highest goal difference, the Islanders now face Jamshedpur FC who are trailing behind them in the second position.

“It’s a good start. For me it was about making a good start which we did against Goa and then it’s about trying to get better in every game and I think we have started to show real signs of doing that right from game one to game four and it’s going to be so important we do that in the next game,” Mumbai City FC’s head coach Des Buckingham said while addressing the media ahead of the match.

“We would love to win every game with a clean sheet, but the way we want to play is an expansive game, an exciting game and we commit players forward so I don’t want to change that. For me sticking the whole team behind the ball isn’t exciting to watch from the sideline, so we will give chances away but try to keep the chances few and away from our goal, otherwise we will continue to play an attacking brand of football,” he said.

Buckingham said, “Jamshedpur FC have got a hugely experienced manager in Owen Coyle and the career that Owen Coyle has had, if I can have half of that in my coaching career, I would be extremely proud. It’s going to be an absolute pleasure to share the touchline with him. Their work rate is unbelievable, we would have to match that if not better it. They have quality across the pitch that we need to be aware of and we have prepared for that and now it’s very important that we focus on us and make sure that we adapt to our plans so that we can cause them a problem. It’s a very tough game, but one we are very much prepared for.”

“It’s not important where you are at the table right now, it’s about where you finish at the end of the season. What’s happened in the past is gone and we are not looking further too far into the future. We have a saying here which is one game at a time which we stick true to and that game is there on the face tomorrow so we have to focus on that,” he said.

On the other, Jamshedpur FC head coach Owen Coyle revealed how the four foreigner rule has put the head coaches in a fix while fielding the starting XI, ahead of their match against heavyweights Mumbai City FC.

The Red Miners are unbeaten in the four matches they played this season, having won two and shared spoils in as many matches. Meanwhile, the Islanders have won three of their four matches and lost one of them.

Coyle said, “We have a group of players who work their socks off and have quality. The boys are always hungry to do well for the club, for themselves and our fans which is very important.”

Jitendra Singh was excellent against ATK Mohun Bagan, pulling the strings expertly in the middle of the park.

Coyle said that Mumbai City FC are a very good side and they would have to be on their toes to get a positive result.