Anindita Bhoumik, who is well connected to the social cause and vocal in social media, is very critical to the misdeed of the present government, especially corruption, atrocities against women and professionals. 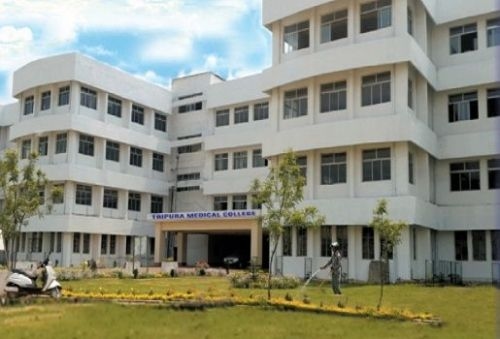 Agartala: The BJP-IPFT government in Tripura is rocked by controversy after state-run Tripura Medical College (TMC) suspended a well-known physiotherapist who is the daughter of BJP MLA from Belonia Arun Chandra Bhoumik yesterday without citing any reason.

An order issued by the CEO Swapan Saha said a disciplinary proceeding against erring Physiotherapist Anindita Bhoumik employed in TMC has been initiated. Accordingly, she has been put under suspension with immediate effect. She was detained at TMC and barred from moving outside without prior permission.

The arbitrary suspension order without a show-cause notice has stirred a furore in TMC as well as the political circles.

Anindita Bhoumik, who is well connected to the social cause and vocal in social media, is very critical to the misdeed of the present government, especially corruption, atrocities against women and professionals.

Although it was not clear, Anindita had made a post in Facebook a couple of hours before her suspension, criticising the role of an OSD (not specified) in procurement of a CT scan machine in TMC.

According to the report, violating the tender norms and procedure contract was given to an outside dealer depriving the genuine bidders.

The allegations of corruption in the departments under the control of Chief Minister Biplab Kumar Deb have become a serious concern for the state government in last three years and in all the occasions, name of an OSD of CM’s office is getting associated that put ruling BJP in trouble also.

The attempts at muzzling right to freedom of expression and speech become a menace in Tripura.

Two years ago, Dr Kaushik Chakraborty, an Assistant Professor of Agartala Govt Medical College, had been put under suspension for posting comments in facebook for pointing out some lose comments of Chief Minister Biplab Kumar Deb.

Even though the suspension order was revoked recently, it is being alleged that he is being harassed at regular intervals in the name of investigation into his comments.

Social media activists and bloggers, journalists and media personnel have also alleged of being targeted and attacked by Tripura government for criticising the ruling party.

Washington: The United States has redoubled efforts to reform and improve Taiwan's defense system amid alleged threat from China,...
Nation