Sources said out of 30 districts, ten districts have reported no fresh covid cases during the last 24 hours. 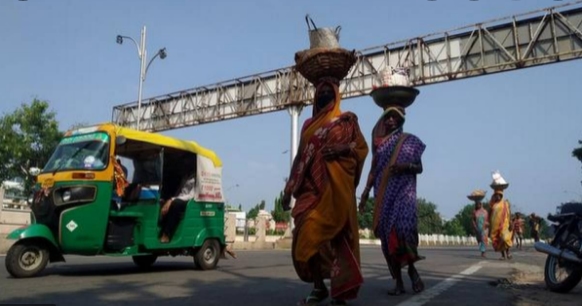 Bhubaneswar: The daily covid load in Odisha which remained below the 500 mark for the last four days, jumped to 556 in the past 24 hours taking the total tally in the state to 10,35,973.

Health and Family Welfare department sources said in the past 24 hours 324 new cases were detected from the quarantine centres and 232 as local contact cases.

At least 87 tested positives were found in the age group of 0 to 18 years, accounting for 15.6 per cent of the total cases during the period.
Khordha district with the highest number of 305 positive cases contributed nearly 55 per cent of the total covid infections reported in the state in the past 24 hours.

Sources said out of 30 districts, ten districts have reported no fresh covid cases during the last 24 hours.

The active cases for the third consecutive day remained below the 5000 mark and stood at 4846, about 0.46 per cent of the total covid cases reported so far in the state.

Khirdha and Cuttack, the two coastal districts together have recorded 2925 active cases, about 60.35 per cent of the total 4846 active cases in the state. Khordha has registered 2482 cases and remained under the yellow zone while Cuttack with 443 cases included under the Green zone.

The death toll further rose to 8294 after four fatalities, two each from Cuttack and Jagatsinghpur districts, were reported during the health audit in the past 24 hours.

Meanwhile, in a major development, Odisha achieved the milestone of vaccinating more than one crore people with two doses.
Taking to Twitter, Chief Minister Naveen Patnaik said “glad to share that Odisha has successfully administered two doses of covid 19 vaccines to over one crore people” .“salute to our health personnel for expediting the vaccination process to save precious lives”.the Chief Minister tweeted.