After her Chennai visit, CPI (M) sources said she will be visiting Bengaluru, Hyderabad, Vijayawada, Kolkata and Delhi. 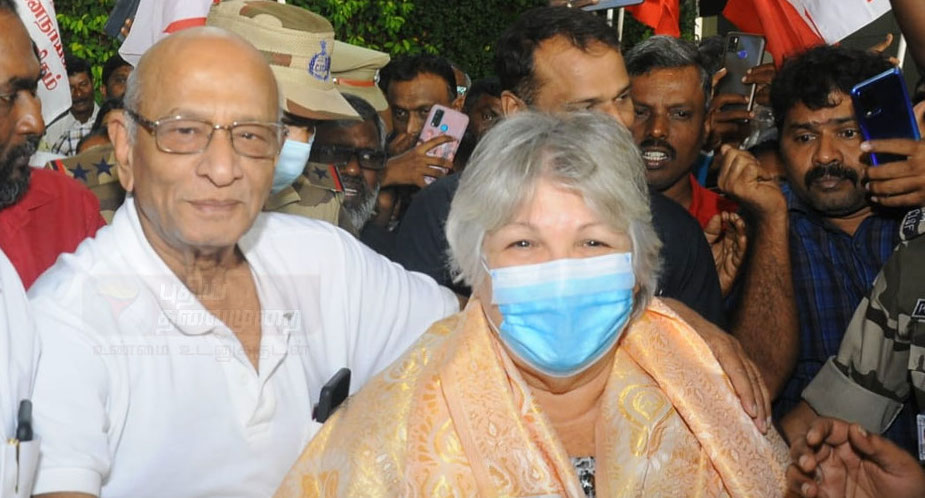 CPI(M) state secretary G Balakrishnan and senior leader G Ramakrishnan among others, leaders and cadres of the CPI(M) and its affiliated organisations gave her a rousing welcome at the airport when she arrived from Trivandrum on a two-day visit to the city.

After the reception, she attended a discussion with CPI (M) leaders at the party office.

She will visit the Asian College of Journalism for an interaction tomorrow. Later, she will be visiting the State headquarters of Communist Party of India Aleida Guevara, Cuban human rights advocate and daughter of Marxist revolutionary leader Che Guevara, arrived in the city as part of her ongoing visit to India.

The party, along with the National Committee for Solidarity with Cuba, will be organising a reception to Dr. Guevara and her daughter Estefania Guevara, who accompanied her in the city in which leaders of the allies of CPI(M) are expected to attend it.

Thanking the party cadre for the grand welcome accorded at the airport, CPI (M) State secretary K. Balakrishnan said that the welcome was an expression of Tamil Nadu uniting itself in the global struggle against American imperialism.

After her Chennai visit, CPI (M) sources said she will be visiting Bengaluru, Hyderabad, Vijayawada, Kolkata and Delhi.