The performance of the first and second stages of the three-stage vehicle was normal. However, the third stage—Cryogenic Upper Stage--ignition did not take place due to a technical anomaly and the satellite could not be placed in the intended Geostationary Orbit. 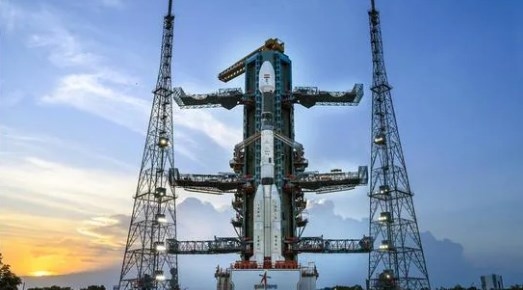 Sriharikota (AP): The Indian Space Research Organisation (ISRO) could not accomplish GSLV-F10/EOS-03 mission as the upper cryogenic stage failed to ignite, about five minutes after liftoff from the Satish Dhawan Space Centre on Thursday.

The performance of the first and second stages of the three-stage vehicle was normal. However, the third stage—Cryogenic Upper Stage–ignition did not take place due to a technical anomaly and the satellite could not be placed in the intended Geostationary Orbit.

The ignition of the Cyro stage should have happened about five minutes after the lift-off.

Addressing the scientists, ISRO Chairman K. Sivan said that a “technical anomaly was observed in the cryogenic stage and the mission could not be accomplished.”

ISRO in an update said, “GSLV-F10 launch took place at 0543 hrs as scheduled. Performance of first and second stages was normal. However, Cryogenic Upper Stage ignition did not happen due to technical anomaly. The mission couldn’t be accomplished as intended.

GSLV-F10 is a three-stage launch vehicle with solid and liquid fuels in the first two stages respectively. The third is the cryogenic stage. The aim of the mission was to place EOS-03 in Geostationary orbit.

The satellite was expected to provide near real-time imaging of a large area of interest at frequent intervals, which could be used for quick monitoring of natural disasters, episodic events, and any short-term event.

This failure is all the more surprising because the rocket launches since 2017 have been successful, and this failure breaks a long streak of successful launches.

Right from the beginning, the GSLV-F10 mission appeared to be a jinxed one for ISRO in its bid to place its first Geo-Imaging Satellite-1 (GISAT-1) or Earth Observation Satellite-03 (EOS-03) in the Orbit.

Originally the GISAT-1 was slated for launch on March five last year. However, it was postponed at the last minute due to a technical glitch. Soon after this, the Covid-19 pandemic broke out and the subsequent lockdown delayed the mission. Due to the delay, the rocket had to be dismantled and cleaned up.

Subsequently, the GISAT-1 launch was slated for March this year, but due to problems in the satellite’s battery side, the flight once again got delayed.

After replacement of the battery. the satellite and the rocket were readied for the mission when the second COVID wave led to further delay.

When ISRO finally took up the mission, it surprisingly failed as the third stage fails to get ignited and the satellite could not be placed in the geostationary orbit.