These ''thin-skinned leaders'' should stop hiding behind such archaic laws, he added. 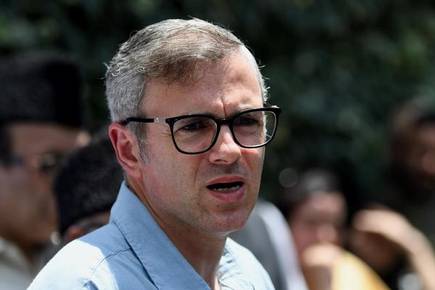 Srinagar: Asserting that criticism of Lakshadweep administrator Praful Patel doesn’t constitute sedition, former chief minister and National Conference (NC) vice-president Omar Abdullah on Friday said that in a democracy, criticism of people in positions of authority is the right of every citizen.

These ”thin-skinned leaders” should stop hiding behind such archaic laws, he added.

Abdullah was responding to reports that the first woman filmmaker in Lakshadweep, Aisha Sultana, has been booked for sedition by police over remarks against Patel during a channel discussion.

”Criticism of Patel does not constitute sedition. In a democracy, if that’s what we still want to claim to be, criticism of people in positions of authority is the right of every citizen. These thin skinned ‘leaders’ should stop hiding behind such archaic laws,” Abdullah wrote on micro-blogging site twitter.

Since taking charge in December last year as the administrator of Lakshadweep, Mr Patel has taken several executive decisions which have sparked widespread criticism by the local population, a majority of whom are Muslim.

In January, Patel introduced the draft Prevention of Anti-Social Activities Regulation—commonly called the Goonda Act—which residents and local politicians claim is an attempt to stifle dissent in the UT. The move to lift the restriction on use of alcohol was also decried given that Lakshadweep has the lowest alcohol use in India.

Patel also drafted the Lakshadweep Development Authority Regulation in April, which allows the administration to seize land for a wide range of uses with minimum protection for the landowners, among other contentious provisions. A draft regulation that penalises selling or buying beef products has come under heavy criticism given that 64.8 per cent of the population consume beef.