In a letter written to Union Education Minister Dharmendra Pradhan, CPI Rajya Sabha MP Binoy Viswam appealed that the course must not be allowed to be taught. 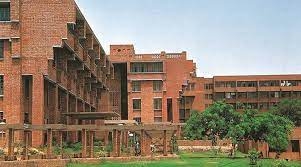 In a letter written to Union Education Minister Dharmendra Pradhan, he appealed that the course must not be allowed to be taught.

“I write this letter to put forth my strong objection regarding the prejudiced and inaccurate nature of the material being included in a course titled Counter-Terrorism, Asymmetric Conflicts and Strategies for Cooperation among Major Powers‟ by the Jawaharlal Nehru University (JNU) as part of the newly introduced Engineering Programme. It is deeply unfortunate that higher education is being used as a platform to communalise and politicise geopolitical issues through the presentation of half-truths and academically dishonest information,” Viswam said.

The RS member said that the statements asserted in the course are “deeply prejudiced and politically motivated.”

“Distorting history in an attempt to serve the vested political and communal interests of a certain ideology, the contents of the course make incredulous assertions pertaining to global terrorism and political regimes that have supported it. The statements in this counter-terrorism module include assertions such as “jihadi terrorism” being the only form of “fundamentalist-religious terrorism” and Communist regimes of the Soviet Union and China as the “predominant state-sponsors of terrorism” that influenced “radical Islamic states”. These statements are not only historically inaccurate they are also deeply prejudiced and politically motivated,” he added.

Viswam also alleged that the authorities have acted in an irresponsible manner while drafting and passing the syllabus which “goes against the very ethos of education and critical thinking that has been the hallmark of eminent institutions like the Jawaharlal Nehru University.”

The MP also pointed out that it would not be the first attempt to communalise and politicise history through its re-writing or inaccurate representation.

Viswam demanded that a comprehensive review of the course is undertaken by a committee of subject matter experts while asking the education minister to ensure that educational institutes are not used for “maligned agendas.”

“As Education Minister of India and a Constitutional representative, it is incumbent on you to ensure that the centres of knowledge are not used for such malignant agendas. The decision on the course was passed without any discussions involving faculty members. Given the divisive nature of the content and serious ramifications of such inaccurate information, I appeal to you to immediately intervene in this matter and ensure that the University undertakes a comprehensive review of this course material through a committee of senior professors who are experts on this subject matter and ensure such biased curriculum is not allowed,” he wrote in the letter.