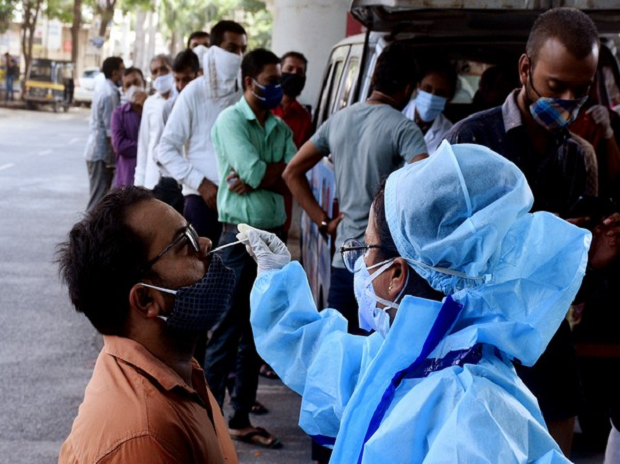 Thiruvananthapuram: In the highest single day spike, Kerala on Wednesday reported 41,953 new COVID-19 cases, while 23,106 people were cured of the infection, pushing the caseload to 17,43,932 and recoveries to 13.62 lakh, the state government said.
Chief Minister Pinarayi Vijayan said in view of the rise in the cases, more stringent measures will have to be taken to curb the surge in the state where severe lockdown-like restrictions were already in force.
The toll mounted to 5,565 with 58 more deaths.
Active cases now stood at 3,75,658, while the test positivity rate (TPR) was 25.69.
Ernakulam district topped with 6,466 new cases followed by Kozhikode (5,078), Malappuram (3,932), Thrissur (3,705), Thiruvananthapuram (3,267) and Kottayam (3,174).
Not a single case has been reported from among those who came from the UK, South Africa and Brazil in the last 24 hours, the government said.