The spokesman said that out of total active cases, 183 were under house isolation and the rest were getting treatment at Hamirpur-based hospitals. 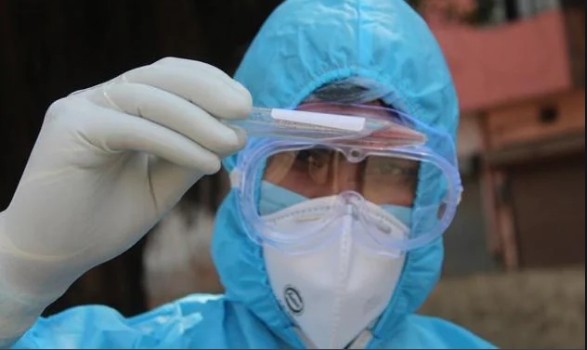 Nine fatalities included five from Kangra, two from Hamirpur, and one each from Kinnaur and Mandi districts said the health update on Saturday night.

He told UNI that in total 6,493 samples were tested on Saturday, out of which 123 were found infected. However, 137 older cases were cured and were advised of complete rest.

The spokesman said that the number of active cases as of today stood at 1,100 with Kangra district topping the table with 378 active cases followed by Hamirpur with 206 cases.

Meanwhile, twenty-one more Corona positive cases along with two deaths were reported in Hamirpur district by Saturday night. Two of them were the girl students of Government senior secondary school, Kuthera.

The number of active cases in the district stood at 205.

The spokesman said that out of total active cases, 183 were under house isolation and the rest were getting treatment at Hamirpur-based hospitals.

He said that the department had advised people to abide by the Covid-19 guidelines.

Meanwhile, despite new cases being reported in large numbers in the district, the schools for all classes from first to 7th classes would be opened with full strength in the district from Monday onwards with the state government issuing new SOP for the students.

Earlier, students of eighth to 12th classes were being taught in the offline mode and the attendance in the schools was around 75 pc, claimed a spokesman of the HP Education department.