Of the 14 COVID- 19 infected persons who died, 12 were not vaccinated against the virus 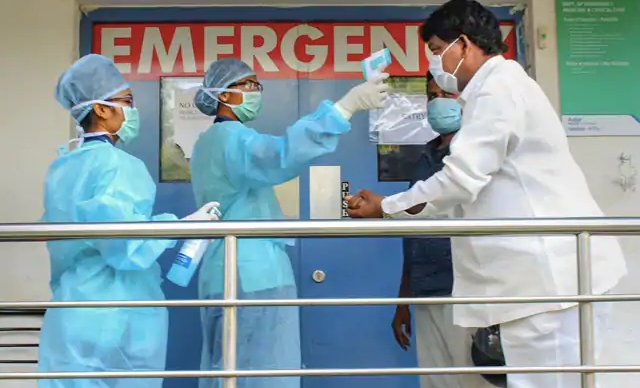 Shillong: COVID-19 cases and related casualties continue to be on the rise on a daily basis in Meghalaya with 14 deaths increasing the fatality figure to 1147 and 515 new cases of infection adding up to 5,515 active cases on Friday in the state, which has registered 68,107 confirmed cases so far.

The State also recorded 560 more cases of recovery from the viral disease that surged the number of recovered cases to 61,445.
Director Health Services (MI), Dr. Aman War said the deaths due to COVID-19 recorded were eight in East Khasi Hills district, three in Ri-Bhoi district, two in West Garo Hills district and one in the West Jaintia Hills district.

As on Friday, 8,76,763 persons have been tested for Covid-19 across the State with 8,08,656 of them having tested negative for the virus, data released by the National Health Mission, Meghalaya revealed.
As on date, 31,904 health care workers received the first dose of the vaccine against COVID-19 and 23,571 received the second dose, 96,994 front-line workers got the first jab and 47,410 took the second shot, 7,90,418 persons from among the general public have been inoculated with the first dose and 1,45,612 citizens are fully vaccinated with the second dose across the State, as per official information.