The state recorded six more deaths, increasing the fatality figure to 844 and 577 new cases of infection taking the active case count up to 4537 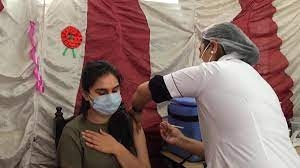