"It is our effort that those who looted the country should also return, we are trying this," he said. 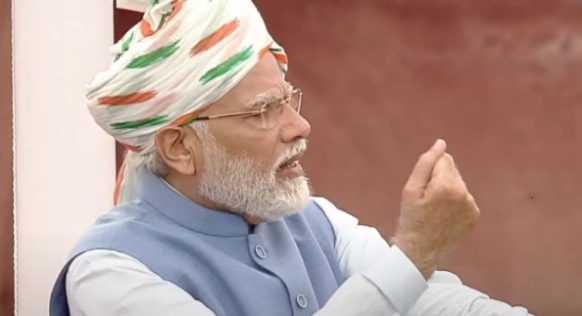 New Delhi: Prime Minister Narendra Modi on Monday stressed that corruption and dynastic politics are among the biggest challenges faced by India as it completes 75 years of independence.

He said these two are key banes to India’s progress and they need to be addressed in time, as the country aims towards becoming a developed nation in the next 25 years.

Addressing the nation from the ramparts of Red Fort on 76th Independence Day, Modi said in the ‘Amrit Kaal’ of Independence, the coming 25 years in the run-up to 100 years of independence in 2047, there are some problems that need to be addressed urgently.

“One problem is corruption, second is nepotism,” the Prime Minister said.

“When I talk about nepotism, people think I am only talking about politics. No, unfortunately, this evil of the political field has nurtured nepotism in every institution of India,” he said.

“On one hand there are people who don’t have a place to live, on the other hand, are the people who do not have space to keep ill-gotten money,” PM Modi said.

“Corruption is making our country hollow like a termite. The country will have to fight against it,” he said.

He said the government is working on attaching properties of bank defaulters who have run away from the country to recover the money.

“It is our effort that those who looted the country should also return, we are trying this,” he said.

He also pitched the idea of “cooperative federalism” alongside the existing “competitive federalism”, and said that the states must indulge in healthy competition to take the nation forward.