Congress slams Irani over Goa bar issue, demands her to be sacked

"As per law in Goa, one restaurant can get only one bar license... This restaurant got two licenses," he said. 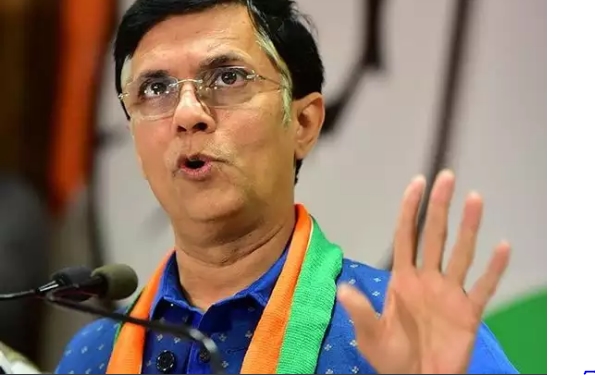 New Delhi: Congress on Saturday slammed union minister Smriti Irani over reports that a bar purportedly run by Irani’s daughter in Goa obtained a bar license in the name of a person who was dead, and demanded that the minister should be sacked.

“In a restaurant being run by her daughter, there is a bar. Though as per the culture of the party Smriti Ji comes from the Bar must be a ‘sanskari’ one… The license of the bar is in name of a person who died in May 2021, and in 2022, the license was issued in the name of a person who had died 13 months ago,” Khera said.

“As per law in Goa, one restaurant can get only one bar license… This restaurant got two licenses,” he said.

Khaira said they did not have a license to run the restaurant.

“Can you or I dream of doing such things? The children of your supporters are playing ‘Lulu mall’, fighting over Hanuman Chalisa and Namaz… your children are getting educated abroad, or doing illegal activities under your patronage”.

“We want to ask Smriti Ji, the office who gave notice that this bar is being transferred… if it is happening without the interference or influence of Smriti ji? Did they get this license without her patronage?” questioned Khera.

He also said bouncers have been deputed around the bar in Goa to stop journalists from going there.

“Smriti Irani, who was asking all kinds of questions to Rahul Gandhi and Sonia Gandhi, I want to ask her, you can run a bar illegally, we can’t run a newspaper?” he said.

Congress’ General Secretary Communication Jairam Ramesh said they will raise the issue in Parliament as well.

As per reports, information obtained under the Right To Information (RTI) Act by Aires Rodrigues, an excise license was illegally issued to the bar and restaurant at Assagao purportedly linked to Union Minister for Women and Child Development Smriti Irani’s family, in the name of one Anthony D’Gama in 2021.

In June 2022 the license was renewed in Gama’s name after he passed away.