Congress' central election authority chairman Madhusudan Mistry said out of around 9,600 delegates, around 9,500 cast their votes. 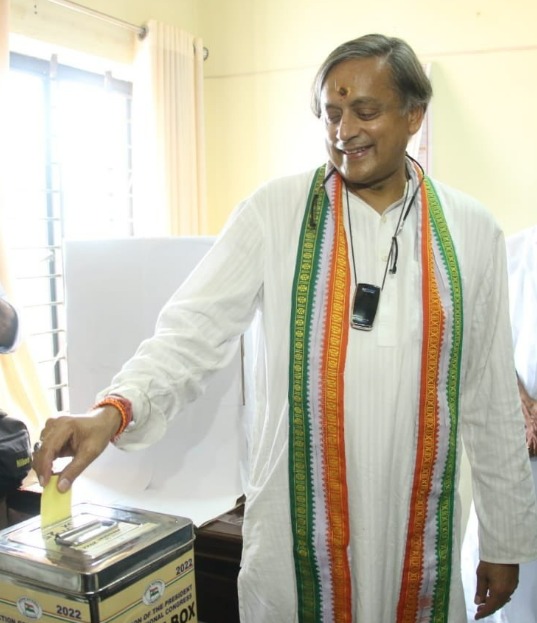 New Delhi: The election for Congress President was concluded here on Monday, with around 96 percent of the delegates exercising their franchise.

Congress’ central election authority chairman Madhusudan Mistry said out of around 9,600 delegates, around 9,500 cast their votes. “Congress has set an example of democracy within a party by holding these elections. Other parties should learn from it,” said Mistry.

He said 87 people, including Congress interim president Sonia Gandhi, party leaders P Chidambaram and Priyanka Gandhi Vadra, voted at the AICC headquarters. Asked about the election, Sonia Gandhi said, “I have been waiting for a long time for this thing”.

Party leader Rahul Gandhi and 50 other delegates cast their vote at a special polling booth created in a container at the site of Bharat Jodo Yatra in Sanganakallu.

Veteran leader Mallikarjun Kharge and Thriuvananthpuram MP Shashi Tharoor are in fray for the post of Congress President.

An election for the post of Congress president is being held by the party after almost 22 years. The last time there was a contest was in 2000 when Sonia Gandhi had defeated her rival Jitendra Prasada by a huge margin.

Counting for the presidential poll will be held on October 19 and results will be declared.

In 1997, a triangular contest took place between Sitaram Kesri, Sharad Pawar and Rajesh Pilot in which Kesri won.