Tomorrow the Yatra resumes in right earnest," Ramesh said in a tweet. 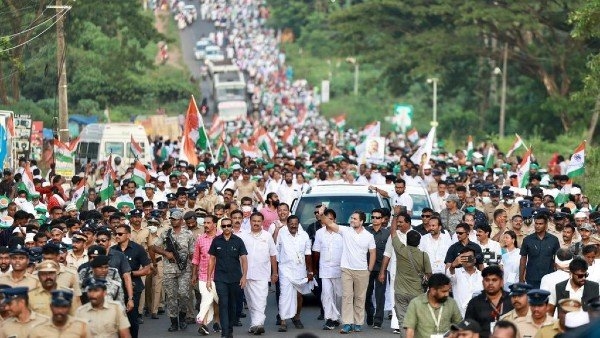 “Today, September 15th is a rest day for the Bharat Jodo Yatra after seven grueling days that covered 150 km. Bharat Yatris will relax, refresh and review. Morale is high and resolve is indomitable. Tomorrow the Yatra resumes in right earnest,” Ramesh said in a tweet.

The Yatra was launched at Kanyakumari on September 7, and the foot march started on the morning of September 8.

The Yatra will cover a distance of over 3,500 km, crossing 12 states and two union territories, over a period of around five months.