Former party president Rahul Gandhi also tweeted demanding roll back of the farm laws. In a tweet in Hindi, Gandhi said he will not let farms be "destroyed" or "gifted to friends". 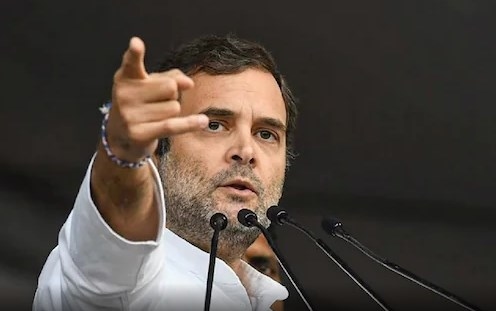 New Delhi: Congress on Friday attacked the Centre over a host of issues, including the farm laws, and demanded a repeal of the controversial laws as farmers completed nine months of protests at Delhi’s borders.

“We will not let the traditional system of agriculture be destroyed. The government will have to roll back the farm laws,” Congress said in a tweet.

Former party president Rahul Gandhi also tweeted demanding roll back of the farm laws. In a tweet in Hindi, Gandhi said he will not let farms be “destroyed” or “gifted to friends”.

“Roll back Farm Laws,” he said.

“A revolution has been simmering in the fields for nine months. A new struggle will be born,” he said.

The comments come as farmer groups that have been stationed at the borders of Delhi against the new Farm Laws under the banner of Samyukt Kisan Morcha, completed nine months of protests on Thursday.

An All India Convention was held at the Singhu border by protesting farmers on Thursday to mark completion of nine months.

Abolition of the new farm laws is also among the issues on which Opposition has be united on in the Parliament. Opposition leaders had also joined a mock Parliament held by Samyukt Kisan Morcha at Jantar Mantar on August 6.

Congress in a series of tweets also slammed government over sales of public sector assets, PM cares fund and reports of corruption in organising the Kumbh Mela in Uttar Pradesh.

Sikar(Rajasthan): Three women devotees were killed on Monday in Rajasthan and four others were seriously wounded in a...
Nation