The appointments were announced in a statement issued by party General Secretary KC Venugopal. 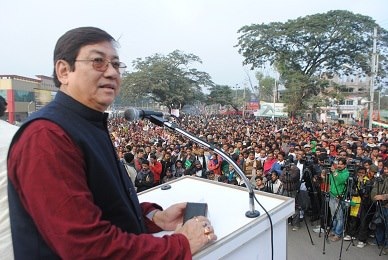 New Delhi: In an overhaul of the Tripura Congress, the party on Friday appointed former MLA Birajit Sinha as the party president in the state, replacing senior advocate Pijush Kanti Biswas, who assumed the post in December last year, along with appointing several other office-bearers.

The appointments were announced in a statement issued by party General Secretary KC Venugopal.

The move comes weeks after Biswas offered to resign from his post, alleging non-cooperation from party colleagues but was stopped by the party. Congress vice-president in the state Tapas Dey also resigned, after his photo with Union minister of state for social empowerment Pratima Bhowmik went viral on social media.

The move comes around one and a half year before the next assembly polls.