Talking about the under-construction airport at Hollongi near here, Sonowal said, "The greenfield airport in Itanagar will be completed by this year." 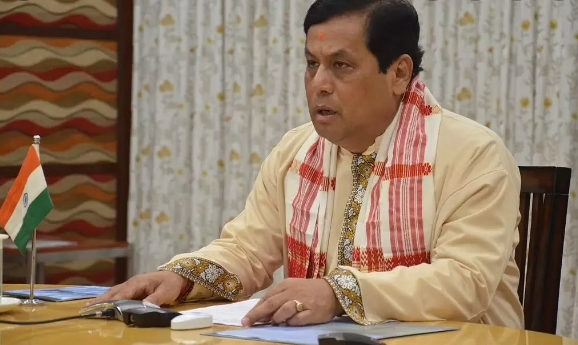 Itanagar: Union Minister Sarbananda Sonowal on Wednesday launched a scathing attack on the previous Congress-led UPA government at the Centre and accused it did not give importance to the North East (NE) region despite its huge potential.


He claimed that the situation changed only after the Narendra Modi-led government took over at the Centre.

“Congress never gave importance to the North East due to which the region remained neglected despite its huge potential. But, Modi Ji connected all the states of NE with the national capital,” Sonowal, who holds the portfolio of Ministry of Shipping, Ports and Waterways, said while addressing a press conference here, as part of eight years of service of the Narendra Modi-led government at the Centre.

Citing that the PM has given special focus on connectivity of the NE region, the Union Minister said, “In the last few years, Modi ji has strengthened ‘connectivity’ in the North East region whether it is rail, air, roads and waterways. Now, the Trans Arunachal Highway is connecting every district headquarters of the state.”

Talking about the under-construction airport at Hollongi near here, Sonowal said, “The greenfield airport in Itanagar will be completed by this year.”
Prime Minister Narendra Modi laid the foundation for the construction of Hollongi airport on February 9, 2019.

He further said, “In Arunachal Pradesh, Pasighat (in East Siang district) and Tezu (in Lohit district) are now connected under ‘UDAN’ scheme. “
Highlighting the various initiatives of the Modi government, the Minister said, “People of the region got the benefit of the different welfare schemes of the government.”

He also claimed that in the last eight years, the Centre has given over Rs 2,63,000 crore for the development of the NE region.