Head coach Khogen Singh is optimistic about his boys' caliber and expects well from them to carry out beautiful games in this part of India. 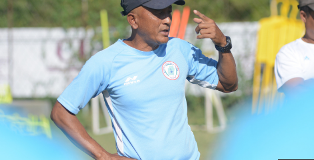 Imphal: Manipur-based NEROCA FC have emerged as an exciting outfit to watch over the last few editions of the I-League as the Orange Brigade have put together a squad brimming with talent for the forthcoming season and will be eager to put on a strong display for their football crazy fans.

Midfielder Jiteshwor Singh, who won the Emerging Player of the League award in 2021-22, moved away in the summer transfer window, while the likes of Sergio Mendigutxia, Juan Mera, Khaiminthang Lhungdim, and Md Abdul Salam — all key players from last season — have also exited the team.

The team management, however, has reinforced its squad with a number of talented players, which includes forward Jourdain Fletcher, who won thetitle with Gokulam Kerala FC last season, attackers Thiago Santos and John Chidi from Brazil and Nigeria respectively, and Sierra Leonean defender David Simbo.

Leading NEROCA FC from the touchline once again will be Wangkhem Khogen Singh, who previously led Minerva Punjab FC to a memorable I-League title victory in 2017-18, where NEROCA FC incidentally made their debut in the division as well and finished runners-up.

Head coach Khogen Singh is optimistic about his boys’ calibre and expects well from them to carry out beautiful games in this part of India.

” Our pre-season began in August and now, our daily training sessions are going on in full swing, keeping in step with the season’s plan. Getting the privilege to participate and compete in the 131st edition of the Durand Cup has also given us very beneficial exposure. We have built up a good team and all of us are ready for the upcoming season in the I-League.

” We are very much looking forward to the cheers and support of our fans. They definitely play a major role in a team’s success. They give a sense of energy, with their passion and love for the game. They make all the efforts worth it.

” Leading a team from my home state is a great privilege and also a responsibility. It is a special feeling since people in Manipur are extremely passionate about sports, especially football.

” We hope to give our best in every match we play and expect to finish in the Top 5 on the points table at the end of the season.”