Sangma said the facility will serve as the venue for mega cultural events in the domains of dance, theatre, and music and also host film festivals, particularly art and crafts from the northeast region 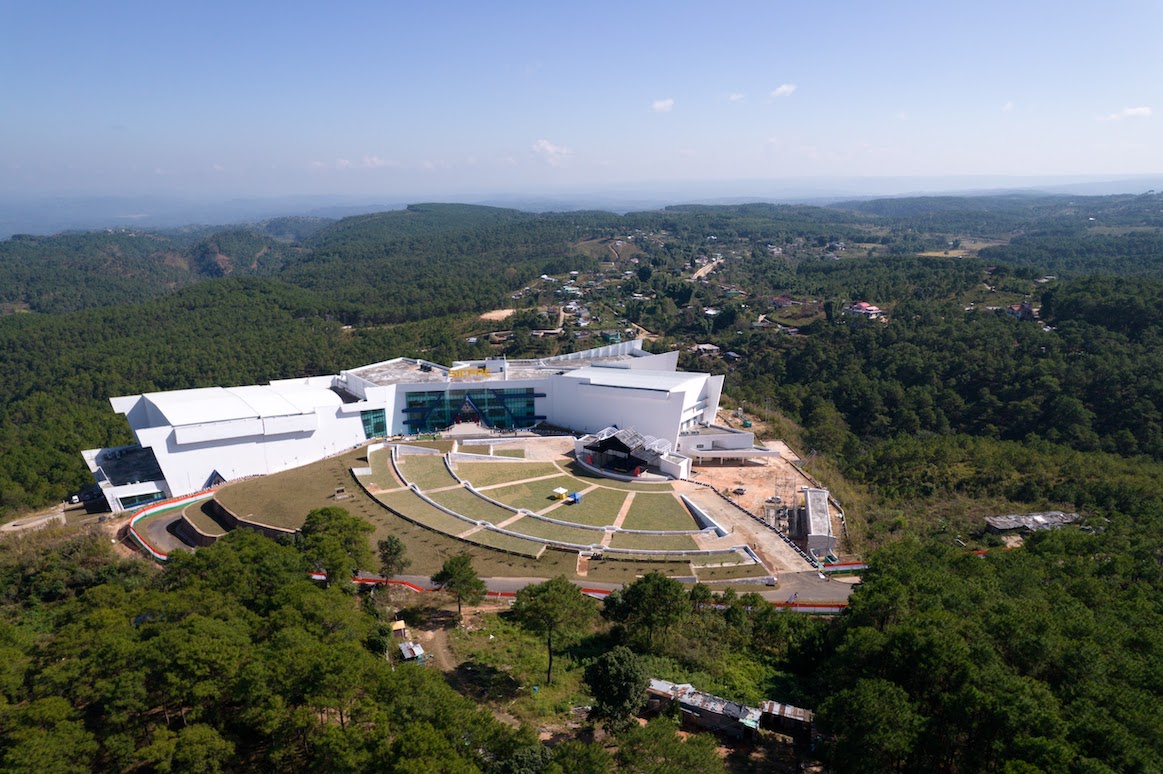 “The Centre will set a new benchmark as an infrastructure platform for performing arts in the national and international arena. It will give our youth, artists & performers from Meghalaya a grand platform to show their many gifts & talents,” Sangma said.

“This is definitely one of the best arts & culture hub & performing arts centre in the entire North East region and it is a great honour to have this iconic facility in 50 years of our Statehood,” the Chief Minister added and dedicated the Centre to children on account Children’s Day.

Sangma said the facility will serve as the venue for mega cultural events in the domains of dance, theatre, and music and also host film festivals, particularly art and crafts from the northeast region.

“As an International Convention Centre with state-of-the-art amenities, the facility will offer an employable skill development course in art, music, films, television, and multimedia disciplines for the youth of Meghalaya as well as other north-eastern States. A small museum at this facility showcasing the State’s art and craft would be an added tourist attraction,” the Chief Minister said.

The SICPAC has an iconic RCC framed structure and the building cluster comprises different theatres and auditoria halls, like a multi-purpose theatre with a capacity of 1739, a Little theatre with 302 seats, a black box theatre with 574 seats, and an open-air theatre with a standing capacity of 15,000 people, all connected through a central block surrounded with water bodies.

The composite structure is aesthetically placed on the hill slopes of Shillong overlooking a valley.

“This kind of infrastructure with such a huge seating capacity is the first of its kind in Meghalaya. With the advent of SICPAC, it’s a dream-come true for all the artists and art enthusiasts of Meghalaya,” an official said.

The iconic structure has been built at a total cost of Rs 151.33 crore with fund support of Rs 136.20 crore from Central Non-Lapsable Central Pool of Resources and Rs 15.13 crore from the State,” an official statement said.

Some of the available utilities at SICPAC include a contemporary art gallery, a sky theatre, a special exhibitions space, a VIP enclosure, an auditorium with a rotating stage, a banquet hall, automated elevators, a tribal museum, a media centre, television and audio-visual studio, a library, a food court and administrative workspace.