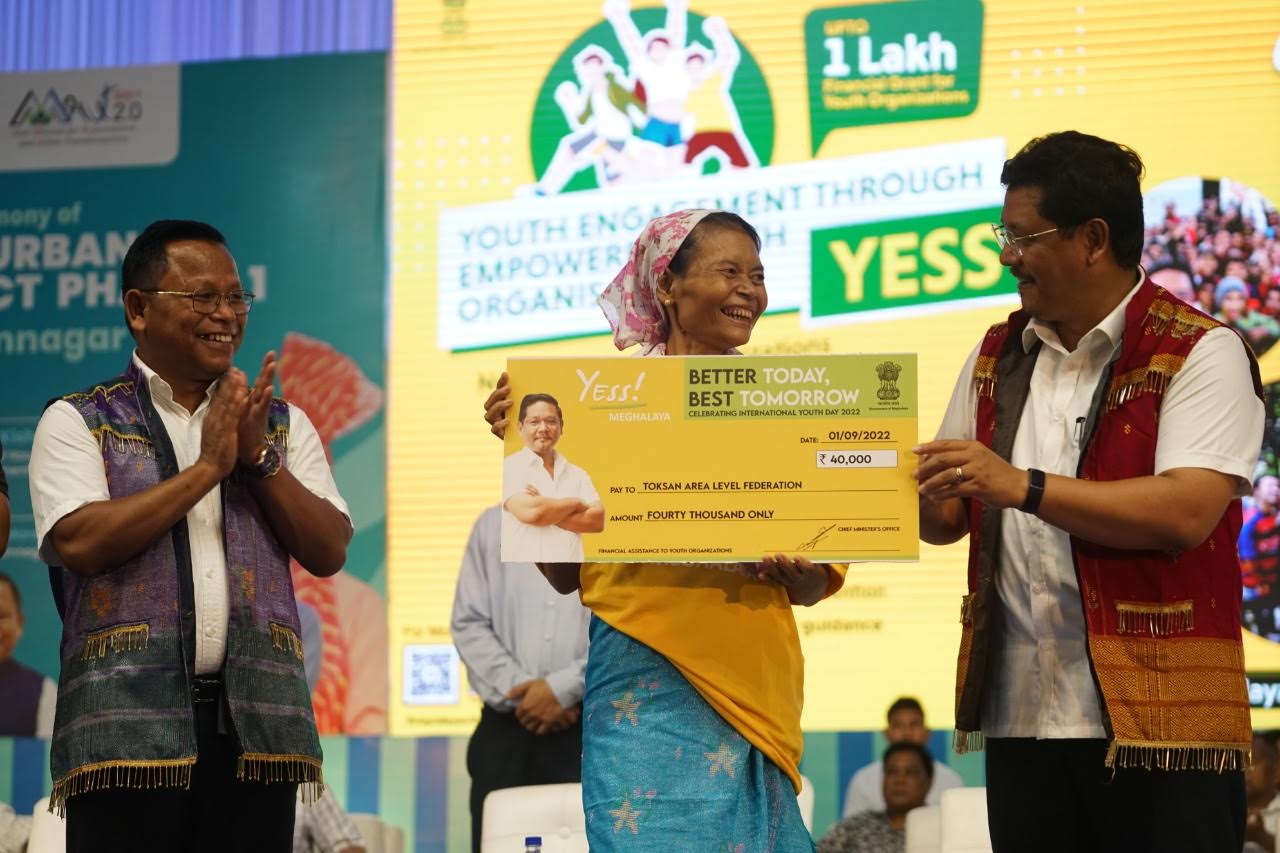 In addition, funds totaling Rs. 11.60 lakhs were distributed to 23 groups under the YESS Meghalaya Youth Empowerment Programme. YESS is a scheme launched to nurture the youth by empowering youth organisations working towards social welfare and sports.

Under the Rural Backyard Piggery Scheme, PROGRESS, 76 piglets were distributed to Pig Rearers based out of East Garo Hills District. PROGRESS will benefit 10000 farmers and will improve economic conditions of farming households of Meghalaya.

The above events were part of the Foundation Stone Inauguration event for the Williamnagar Urban Water Supply Project Phase -I under AMRUT 2.0. The event witnessed participation of 5000 citizens of EGH and the occasion was graced by Shri Kaushal Kishore, Minister of State for Ministry of Housing and Urban Affairs, Government of India.

Speaking on this occasion, the Chief Minister said, “In these 4.5 years from being one of the worst states we have become one of the best performing states in several sectors. Our progress has been recognized at national and international level few examples like awards in Tourism, Water Supply, UN Award for IT initiatives and many more. However, momentum needs to be continued and more needs to be done to be amongst the top 10 states in 10 years. No other day, but the Birth Anniversary of late PA Sangma; could not have been more apt for inaugurating the mega Williamnagar Urban Water Supply Project sanctioned at an Estimated Cost of Rs. 121 Crores under AMRUT 2.0 with Central assistance. The project has capacity to serve 1.42 lakhs people which is the projected population of Williamnagar in 10 years”.

He further said “To ensure farmers and youths prosperity, we have started direct benefit transfer under FOCUS+, YESS Meghalaya Programmes respectively. I urge all eligible citizens to enroll and take benefits of the various schemes of MDA Government”.