The Chief Minister made the announcement during the Superintendents and Commandants of police at the Police Headquarters here. 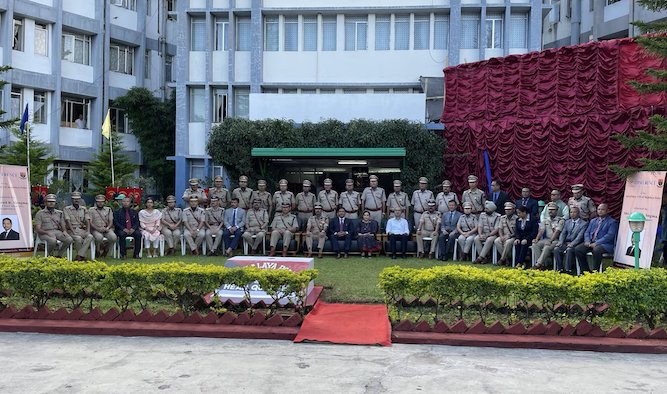 The Chief Minister made the announcement during the Superintendents and Commandants of police at the Police Headquarters here.

Informing that the Police Infrastructure Renovation Fund conceptualized by the Government is being rolled out, Sangma said that all the police stations would be strengthened with computers and IT set-ups and cranes and ambulances would be given to high traffic zones and accident-prone areas.

“We will provide cranes and ambulances to high traffic zones and accident prone zones in the districts to enable the police to serve the people better,” he said.

To control traffic and monitor traffic movement, especially in the East Khasi Hills district an additional 60 new motorcycles would be provided, he said, adding that 76 police stations across the State would get new vehicles.

Moreover, he also informed that the government has decided to provide accommodation facilities for officials of the State police posted in the districts in a phase-wise manner.

“The police stations not only perform the duty of enforcing law and order but they are also the first point of contact for the public and are also involved in additional activities in times of emergencies,” the Chief Minister underscored.

The conference of the Deputy Commissioners also discussed elaborately the disaster management issues following the recent flood situation and heavy rainfall in the State.

“While discussing the casualties and damage to agriculture and infrastructure it is also very important to discuss our preparedness for such calamities in future and take long and short term measures to mitigate the damages caused by such natural disasters,” Sangma underscored.

He also informed that the government has sanctioned Rs 120 crore for the creation of infrastructure facilities in all Blocks and renovation of 1800 government Lower Primary schools with Rs 3-4 lakh each per school and primary and community health centre infrastructure would also be improved.