He continued that the capacity building training programme would help out in better usage of mobile technology in marketing their products and going with cashless transactions. 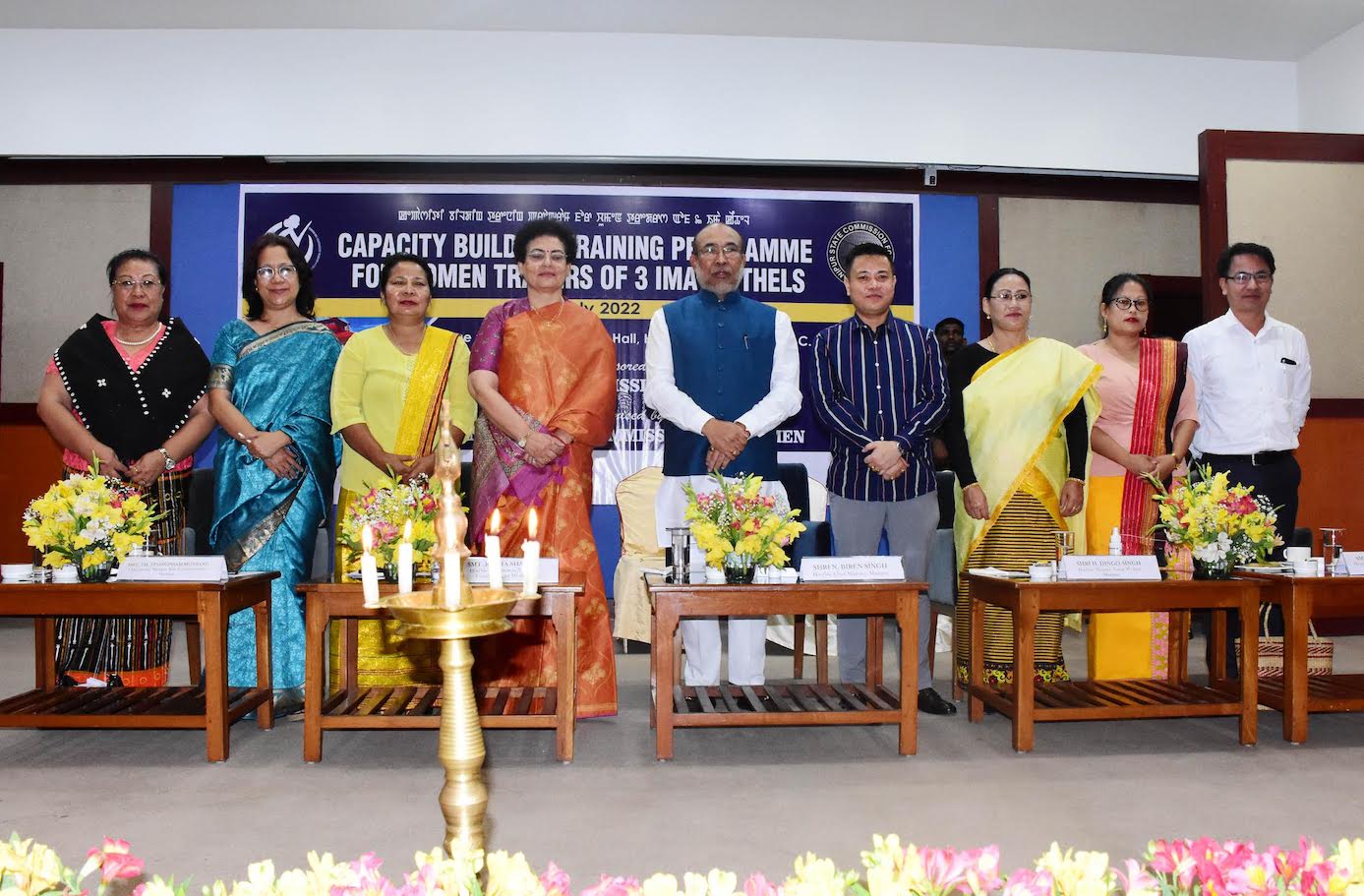 Imphal: Stating that women in Manipur have always taken part in many social causes for years, Chief Minister N Biren Singh asked the state’s women community to take a leading role in development works too.

Speaking as chief guest at the inaugural session of “Capacity Building Training Programme for Women Traders of 3 Ima Keithel” held Tuesday here, Biren said that many women are currently holding important posts at the State Government Institutions, participating in the administration. Now, time has come for them to take a leading role in development works, he added.

Stating that the contribution of women vendors had been a major part of the rural economy, the Chief Minister stressed the need for them to be well aware of the digital world so that they could cope up with the flow of development. He continued that the capacity building training programme would help out in better usage of mobile technology in marketing their products and going with cashless transactions. The training programme would also facilitate in accessing banking services and availing the benefits of various Government Schemes as most of the women vendors had already had a bank account, he added.

N. Biren mentioned that the state government had already constructed seven Ima Markets and many such markets are also under construction with the aim to empower women and contribute more towards economic development. He further informed that women markets would be constructed in the remaining new districts of the State.

Maintaining that the Government never makes any discrimination among communities based on their populations, he informed that the State Government is planning to construct a market for accommodating all tribal communities at Lamphel area. Different market sheds would be provided for each community, he added.

Social Welfare Minister Heikham Dingo, while delivering his speech, stated that Ima Market of Manipur is well known across the world due to its unique features. He stressed the need to be well aware and informed about the digital world to be able to sustain with the changes in technology.

He appealed to the women vendors to participate in the training seriously so that they could access the benefit of technology which is important for the growth of the three Ima Markets.

He also sought support of all women vendors in the State Government’s development works to make the State a progressive one.

Chairperson, National Commission for Women Rekha Sharma, thanking the Manipur State Commission for Women for the support in organizing the training programme, stated that she could notice women of Manipur taking part in every activity carried out in the State. Women had already been empowered and as such the need of the hour is women led empowerment where women show the ways for development to others.

Stressing the need for women vendors of the State to be aware of e-marketing to sell the products, she continued that their market shouldn’t be limited to the State only, rather it should reach to customers around the world. Rekha Sharma informed that the training programme would also provide knowledge of e-commerce and ways to avail loans from banks under various MSME Schemes of the Central and the State Government.

She was hopeful that the trained women would be the torch bearers for others and would also help in making other women aware of the digital technology. She also informed that training programmes would also be conducted for women vendors of hill areas.

During the programme, the Chief Minister led the others in observing one minute silence as condolence to the departed souls of persons who lost their lives in the recent massive landslide tragedy at Tupul Yard Railway Construction Camp.

The training programme will have three technical sessions on topics including Knowledge of relevant Banking Schemes and how to use online banking, Knowledge of Tax Laws / New GST Laws and Tax Compliances and E-Commerce Demonstration.