Such act of terrorisms by Indian security forces is outdated and it’s a crime against society and humanity and gross violation of human rights, they said. 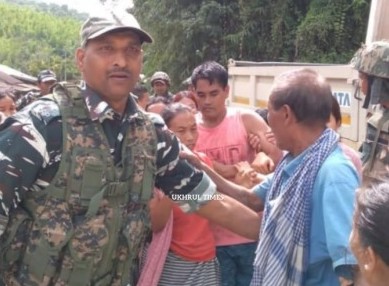 Imphal: Manipur Chief Minister N Biren Singh Monday said a probe has been ordered into the alleged planting of an IED by a CRPF man at Nungba on September 24.

Speaking to the media, the Chief Minister said an Addl DGP of Manipur will head the probe. He assured that a fair trial will be done.

On Sep 24 a CRPF personnel was caught red-handed while allegedly planting a bomb at Nunba, Tamenglong district.

The CRPF man informed the villagers that he was asked by Assam Rifles personnel to plant the bomb. A video of the apprehension of the CRPF man by women folk of Nungba also went viral.

Later he was produced before a village customary court where he confessed and admitted his involvment in planting the bomb at the behest of Assam Rifles.

Meanwhile, local village authorities and civil societies organizations have strongly condemned the incident and claimed that this was the fourth time of bombs being planted in Numba during the last four years.

Such act of terrorisms by Indian security forces is outdated and it’s a crime against society and humanity and gross violation of human rights, they said.