The Manipur Chief Minister said the facilities provided under the e-Sewa Kendra would help the common man as a one-stop centre for all his court-related needs. 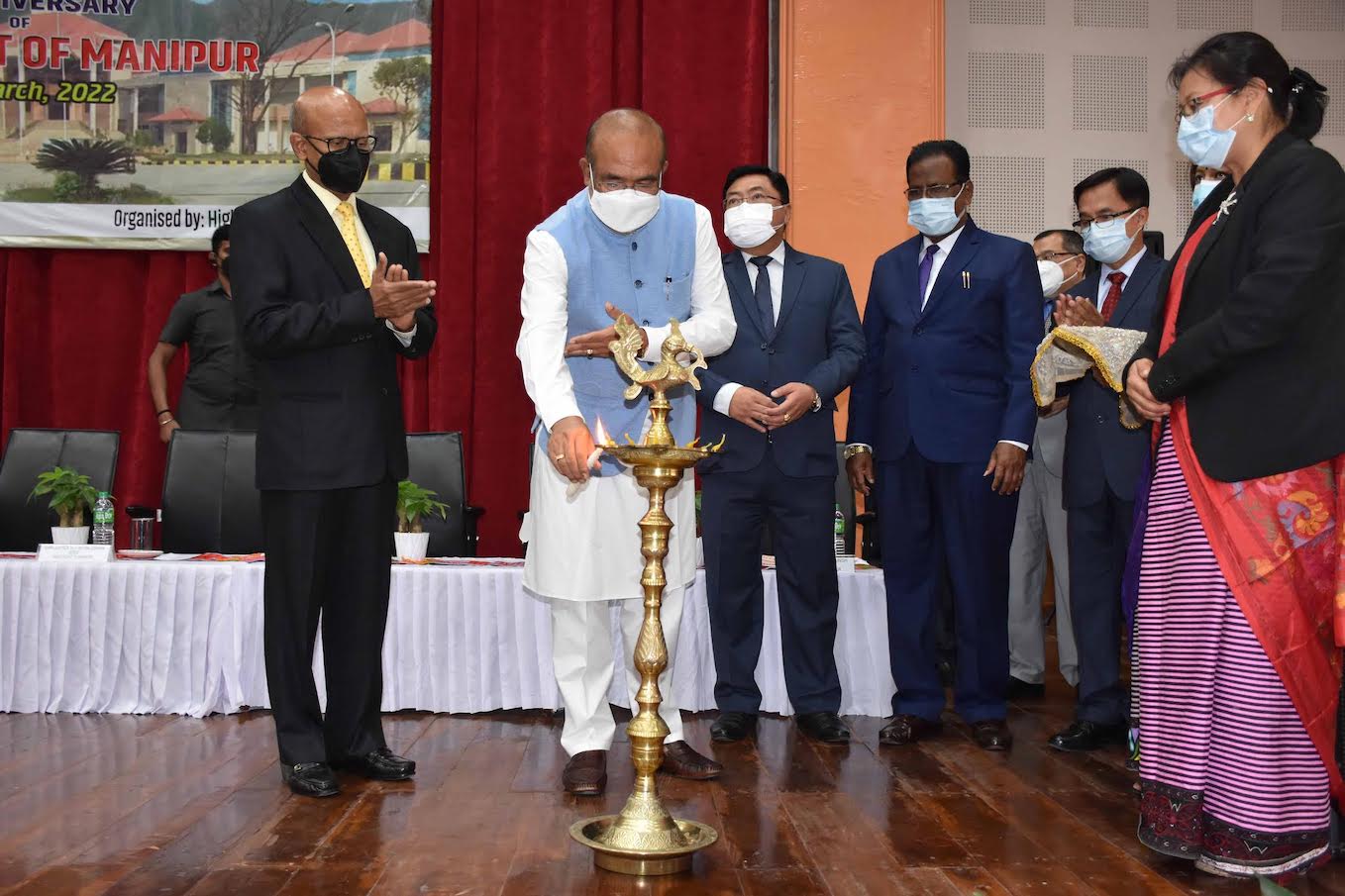 Imphal: Chief Minister N. Biren Singh Thursday inaugurated an e-Sewa Kendra at the High Court of Manipur Complex, Mantripukhri and said it represents a significant step towards providing access to justice for all.

Speaking as the Chief Guest of the function, N.Biren Singh expressed pleasure in inaugurating the e-Sewa Kendra and said the facilities provided under the e-Sewa Kendra would help the common man as a one-stop centre for all his court-related needs.

The Chief Minister also extended his congratulations on the 9th Anniversary of the High Court and said that since its establishment in 2013, the HC has achieved many milestones, strengthening the justice delivery system and democracy in the State.

He stated that the State government continues its efforts to strengthen the justice delivery system in the State by addressing the infrastructure, logistics and human resource requirements despite financial constraints. Payment of salary as per 7th Pay Commission recommendations for employees of the High Court was approved by the State government, he added.

The State government also released Rs. 3.34 crore to the High Court of Manipur for purchase of 29 office vehicles for Judicial Officers, approved re-employment of retired MJS Grade-I Officers and changing of DDO of CSS fund has been issued for the Joint Registrar (Judl.), High Court of Manipur, the Chief Minister stated.

Stating that Union Home Minister had laid the foundation stone for District Court Complexes of Kakching, Noney and Senapati in January and that work has also started, N. Biren Singh assured necessary funds for completion of the projects.

Rs.10.16 crore has been deposited to PWD, Manipur, for the construction of Manipur Judicial Academy, he said and added that the Law Department and Deputy Commissioner, Imphal East have initiated steps for amicable settlement to any land issue.

The Chief Minister also highlighted other efforts of the government to strengthen the justice delivery system in the State and said Rs.2.22 crore was sanctioned for the construction of the Annexe building at Thoubal and another Rs.2.72 crore for District Court building at Tamenglong.

Further highlighting steps taken up by the government, he said the State government is targeting to open the District Sessions Court at Tamenglong and shift the court of CJM, Tamenglong from Imphal to Tamenglong within the second week of April, 2022.

He said there are discussions about the establishment of a National Law University, which could be considered in the same complex as the Manipur Judicial Academy by acquiring additional land required.

Seeking the support and cooperation of the Judiciary to projects sponsored or undertaken by the State Government, the Chief Minister stated that stay orders once passed could take a long time to get vacated, resulting in delay and lapse of funds at times. He further added that with the support of the Judiciary, the pace for developmental projects can be picked up in the State which was disrupted by the COVID-19 pandemic.

He also said that the Constitution provides a system of check and balance between the Executive, Judiciary and Legislature, in working to achieve the larger objective of nation-building. Many positive things can happen with vision and understanding. In this regard, I look forward to a positive and healthy relationship between the Executive and the Judiciary.

N.Biren Singh also said that the present government is giving special focus on the three issues of eradicating corruption, war on drugs and bringing all insurgent groups to the negotiating table and sought support from all.