Odesa resident Wang Jixian, who had posted a video on Douyin, China's version of TikTok on February 24, the first day of the invasion, said he only wished to inform his parents that he was fine. 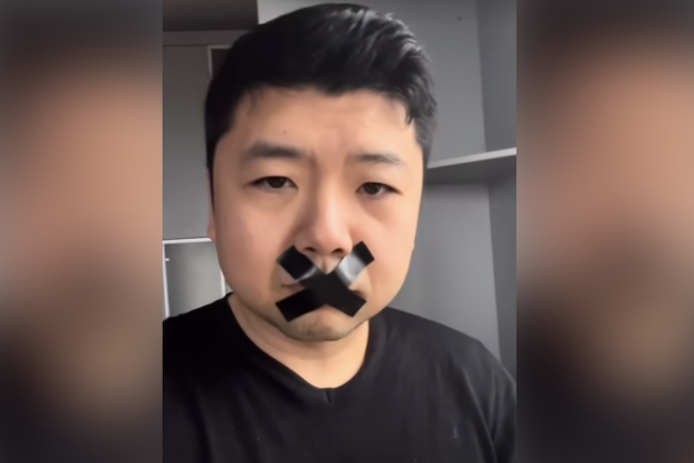 Kyiv: A 36-year-old Chinese national, currently staying in Ukraine, has accidentally become the Chinese voice of resistance in Ukraine.

Odesa resident Wang Jixian, who had posted a video on Douyin, China’s version of TikTok on February 24, the first day of the invasion, said he only wished to inform his parents that he was fine.

“I’m coming back from buying groceries,” the programmer had said in the video. He described buying meat and fruit in the video, remarking that some food stores were still open, CNN reported on Saturday.

However, he saw a very different response on Douyin. As the Russian military operation on Ukraine escalated, he would see “Chinese videos praising Russian troops or supporting the invasion”. “I was very angry, then I thought I would record videos for them, and I’ll tell them what the real battlefield is,” he told CNN.

His daily videos, posted across various platforms, including YouTube and Chinese messaging app WeChat, quickly gained traction as a rare voice offering Chinese audiences a glimpse into the war-torn Ukraine.

In one of his popular video, Wang held up his Chinese passport and said, “These Ukrainian guards are not Nazis, they are IT programmers, common people, barbers — these are the people,” reports CNN. As these videos began garnering attention, many criticised him, calling him a national traitor.

“You don’t need this Chinese passport anymore, you have already forgotten which country you are from,” one comment on Douyin read. “The official position of the country should be the position of all Chinese people,” reported CNN. “I don’t understand how I ‘betrayed’ the country,” Wang told the news website.

Chinese censors have also cracked down on his videos online, he said. While all his videos have stayed up on YouTube, which is blocked in China, only about 80 per cent of his videos have been left on WeChat, and fewer than 20 per cent on Douyin, reported CNN.

After speaking with the news website, his Chinese social media accounts were banned, leaving him unable to contact his family back home. He said many of his contacts pressured him to stop posting such content.

“I want to (provide) some voice for the people in Ukraine, for the heroes, for my neighbors. Because in my eyes they are all heroes. I see people being calm, I see people brave … I want to remind you to see who is dying, who has been killed,” added the CNN report.