On Monday, the city administration decided to suspend the work of kindergartens, and elementary and middle schools in an effort to halt the spread of the coronavirus. 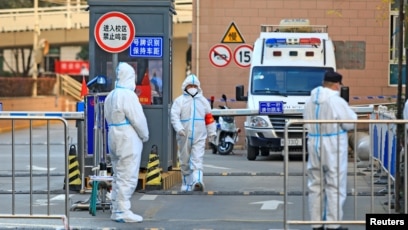 Beijing: The government of the Chinese city of Xian located in the Shaanxi province on Wednesday announced a lockdown to contain a resurgence in COVID-19 cases, the city administration stated on its official Weibo page.

Starting from December 23, citizens are prohibited to leave their homes, except in cases of emergency. Every family is allowed to select only one member to buy food and essential goods once in two days.
The city administration initiated mandatory testing for the coronavirus on Tuesday at 10:00 local time (18:00 GMT), which revealed that 52 people were infected, compared to 42 cases on Monday and 21 cases on Sunday.

On Monday, the city administration decided to suspend the work of kindergartens, and elementary and middle schools in an effort to halt the spread of the coronavirus.

The ancient Xian city is the starting point of the Silk Road and Shaanxi province’s administrative center, located in the middle of China. Its population is almost 13 million people. Xian is included in the UNESCO World Heritage List for its widely known Terracota Army of Qin Shi Huang, China’s first emperor.