China flays US for undermining peace, stability in Taiwan Strait

According to the spokesman, Beijing demands Washington to cease its provocations and respect the one-China policy 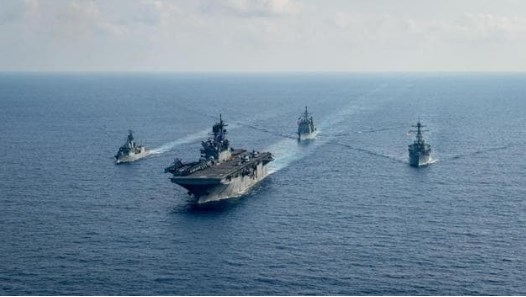 Beijing: The Chinese Defence Ministry on Saturday criticized the United States for allegedly undermining peace and stability in the Taiwan Strait in the wake of two US military ships passing through.

“The US constantly commits these very malign provocations, demonstrating in full that the US is the main violator of peace and stability in the Taiwan Strait, which creates major security risks,” ministry spokesman Tan Kefei said, adding that China protests the US actions and is against any foreign meddling in its domestic affairs, which include the issue of Taiwan.

According to the spokesman, Beijing demands Washington to cease its provocations and respect the so-called one-China policy and the three US-China communiques, as well as refrain from complicating relations between the countries’ armed forces and undermining peace and stability in the strait.

Taiwan has been governed independently from mainland China since 1949. Beijing views the island as its province, while Taiwan — a territory with its own democratically elected government — maintains that it is an autonomous country and has political and economic relations with several other nations that recognize its sovereignty. Beijing vociferously denies its independence as it sees itself as the only legitimate political representative of the Chinese people everywhere.

Berlin: European Commission President Ursula von der Leyen says she does not support the idea of boycotting the...
World