In a family you have differences, but relations with India go back to 7000 years, he stressed. 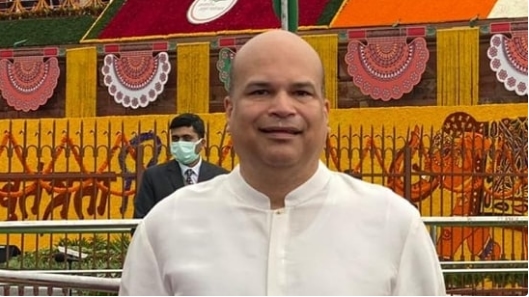 The Sri Lankan envoy’s remarks came during an interaction with journalists at Indian Women Press Corps when questions were asked regarding the country’s relations with China.

In a family you have differences, but relations with India go back to 7000 years, he stressed.

When asked whether the recent visit of a Chinese military ship to Sri Lanka’s Hambantota port undermined India’s interests, he said that the approval was granted when Sri Lanka was in a state of chaos.

He said that dialogue has taken place with India in this regard.

Hopefully, we will find a framework to engage, he said adding that “none of us are perfect and we have to keep learning.”

Moragoda stressed that the decision to allow the Chinese military ship was taken at an official level and not a political level.

“Initially, the permission was given when the former President was about to almost leave and Sri Lanka was going through chaos on the ground. It was done at an official level and it wasn’t done at the political level. We are now trying to change that,” the High Commissioner said.

“So the understanding is there, it’s a matter of how we implement it and engage with each other and make sure that this kind of thing doesn’t happen again,” he added.

He further said that every year 300 various ships visit Sri Lanka and there have been a large number of Chinese research vessels that come to Sri Lanka.

Recently, the Chinese military ship Yuan Wang 5 docked at Sri Lanka’s Hambantota port despite opposition from India. The ship left the port after a week-long stay.

It was reported that the ship was among a group of Chinese ships that monitor satellite, rocket, and intercontinental ballistic missile launches.

The arrival of the Chinese ship at Hambantota set off alarm bells in the West and India with analysts saying that China may try to convert its colossal network of infrastructure into a network of military bases.