‘Changes happening around the world a matter of concern for India’

He said the Indian Ocean region, with more than two-thirds of the world's oil shipments taking place, one-third of bulk cargo and more than half of container traffic, serves as a key route in achieving the world's own interests. 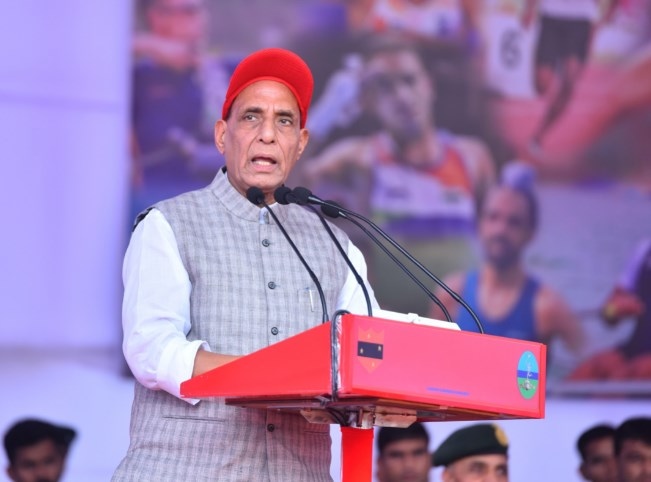 Chennai: With the world changing very rapidly and economic, political and trade relations between countries constantly fluctuating, nothing could be said about the next news coming from another country, Defence Minister Rajnath Singh said Saturday.

Speaking after commissioning the ICG Ship Vigraha here, he said changes happening around the world often becomes a matter of concern for India, which as a Nation, should keep its guards high during these times of uncertainties and upheavals around the world.

“Today the world is changing very rapidly. Economic, political and trade relations between countries are constantly fluctuating. Nothing can be said about the next news coming from another country”, he said.

“Obviously, our country can not remain untouched by these developments. This applies all the more to a country live ours, being a country whose interests are directly linked to the Indian Ocean”, Mr Rajnath said.

He said the Indian Ocean region, with more than two-thirds of the world’s oil shipments taking place, one-third of bulk cargo and more than half of container traffic, serves as a key route in achieving the world’s own interests.

“Today’s changing world certainly impacts these areas as well. As such, we need to be vigilant at all times”, he said, adding, changes happening around the world often become a matter of concern for India”.

“We as a nation, must keep our guards high during these times of uncertainties and upheavals around the world”, the Defence Minister said. However, these challenging times also give us an opportunity, of which we should take an advantage, he said.

Rajnath Singh said due to global security reasons, border disputes and maritime dominance, countries around the world are moving towards modernizing and strengthening their military power.

The demand for military equipment is increasing continuously. Reports suggest that in the next one or two years, by 2023, the expenditure on security around the world is going to reach 2.1 trillion US dollars.

Stating that most of the countries do not even have this level of budget for a whole year, he said it was expected to increase manifold in the next five years.

“In such a situation, today we have great scope to make full use of our capabilities, take advantage of policies and move towards making the country an indigenous shipbuilding hub”, he added.

Considering these possibilities, the government has already brought out policies that help the domestic industry, be it public or private sector entity, to become world-class players.

Various such reforms have been made by the government which includes simplification of the process of licensing in the defence sector, accelerating the AoN and RFP processes, emphasizing on exports, encouraging private sectors, establishing defence corridors, promulgation of the new Defence Acquisition Procedure (DAP)-2020 and many more.

“Taking advantage of these, our companies can work towards making India a defence manufacturing hub, not only for ourselves, but for the whole world”, he said.