Centre has no policy and intention to counter Omicron threat

The Congress spokesperson alleged that due to the criminal negligence of the Modi government, 40 lakh people died in the second wave of Corona. 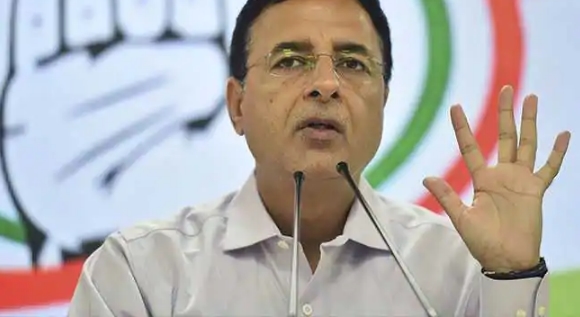 New Delhi: Congress on Sunday said that the Modi government is playing with the lives of the people by ignoring the threat from the Omicron virus and alleged the government has “neither the policy nor intention” to deal with the situation.

“Empty words and coming on television will not heal the wound of criminal negligence and the government has not made any preparations to deal with the threat of Omicron virus,” Congress spokesperson Randeep Surjewala said in a press statement.

He said, “If somewhere the infection of Omicron virus spread rapidly, then the government has neither a policy, nor the intention, or the vision to deal with the situation

“If this is not playing with people’s lives then what is?” he added.

Surjewala said that the Modi government had filed an affidavit in the court saying that by December 31, all citizens above 18 years, i.e 94 crore people, will be given both doses of the vaccine, but now only 5 days are left till December 31 and the government is nowhere near to achieving the target.

Attacking the Prime Minister over his Saturday’s announcement to begin the vaccination process for the age group between 15 to 18, he said that 36.50 crore people above the age of 18 years across the country have not yet received the second dose.

On booster dose, he said a total of 35 crores 70 lakh vaccines have to be administered under the process, but the availability is only 17.74 crores.

The Congress spokesperson alleged that due to the criminal negligence of the Modi government, 40 lakh people died in the second wave of Corona.

“Modi government is again putting the lives of the countrymen in danger just before the third wave of Corona”, he said.

Quoting the data of the Center for Global Development (Harvard University) and others he said between January 2020 and June 2021, 30 lakh to 47 lakh people of the country lost their lives in the second wave of the Corona pandemic.

“This happened because of the criminal negligence and inefficiency of the Modi government,” he said.

“The government was ordered to pay compensation to the families of those who died of the corona, but till date neither the total death toll has been revealed nor the compensation been given to the deceased families,” he said.