It further said, “The activities of tourists to be adequately monitored by the concerned agencies.” 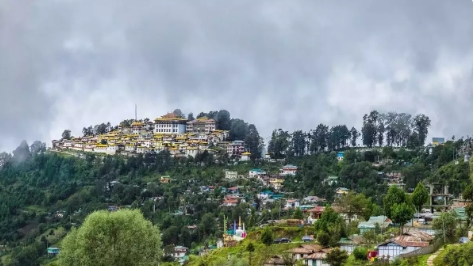 Itanagar: The Centre gave its seal of approval for the opening of two new tourist circuits in Arunachal Pradesh’s Tirap and Longding districts, thereby opening the floodgates for tourism-related activities in these two southern Arunachal districts.

“It has, accordingly, been decided with the approval of the Competent Authority in the Ministry of Home Affairs to open the following new Tourist Routes in the State of Arunachal Pradesh for tourism purposes:- (a) ‘Dibrugarh – Deomali – Hukanjuri – Khonsa’ in Tirap District; and (b) “Dibrugarh – Kanubari – Longding” in Longding District,” read a ‘circular’ from MHA.

It urged the State Govt of Arunachal Pradesh to “augment the capacity of district administration including police of Tirap and Longding districts to cater to the security of the area for creating an environment conducive to promoting tourism”. It further said, “The activities of tourists to be adequately monitored by the concerned agencies.”

Expressing his delight over this development, Kanubari MLA Gabriel D Wangsu said he was immensely grateful to the Central Govt, including Prime Minister Narendra Modi and Home Minister Amit Shah, for creating the new tourist circuits in Tirap and Longding districts.

“Immensely grateful to GoI for creating new tourist circuits in Tirap & Longding dists. To date, these 2 districts were kept out of bounds for tourists on the pretext of insurgency. But soon after the recent assurance by HM Amit Shah this notice came. After all Modi hain to mumkin hain,” Wangsu tweeted.

“Now hitherto unknown, unexplored destinations of both these districts will be open for tourists. This will in turn boost the local economy and people’s livelihood. Tourists will be able to experience the enchanting culture, dances, and cuisine of the area,” said a post from Arunachal Tourism while sharing the news on the opening of new tourist routes in Arunachal Pradesh.