They said Sanjay Singh, a resident of Durgapur, was formally arrested after being grilled for about 10 hours by the CBI sleuths. 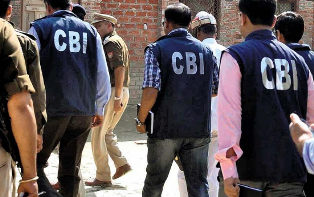 Sanjay Singh, after being summoned by the probing officials of the anti-corporation wing of the Central Bureau of Investigation on Tuesday at its CGO Complex, Salt Lake, was arrested following alleged non-co-operation and inconsistency of his statements, sources said.

They said Sanjay Singh, a resident of Durgapur, was formally arrested after being grilled for about 10 hours by the CBI sleuths.

During some raids at Sahani’s home, the CBI also seized hard currencies of Rs 80 lakh in cash and tracked accounts in international banks, and discovered documentation for properties worth Rs 2.75 crores, sources added.

With the arrest of Sanjay Singh, so far three accused persons, including Bardhaman Municipality’s former chairman and TMC leader Pranob Chatterjee have been arrested. Chatterjee was now under bail following a court order.

Meanwhile, the federal agency, yet another charge sheet in the SSC scam filed in a local court on Tuesday named 12 accused persons, including a former advisor and chairman of the board.

” The Central Bureau of Investigation has filed a charge sheet against then Advisor of West Bengal Central School Service Commission (WBCSSC); then Chairman, WBCSSC; then President of Adhoc Committee at West Bengal Board of Secondary Education; then Assistant Secretary, WBCSSC; then two Programme Officers, WBCSSC and six private persons before the Special Judge, Alipore (West Bengal),” a CBI statement said.

“It was found that the said accused including public servants/private persons entered into a conspiracy with one another in order to extend the undue advantage of giving appointment to the unqualified candidates to the posts of Assistant Teacher of class IX and X in secondary & higher secondary schools across the West Bengal through 3rd RLST (NT), 2016, after the expiry of the panel.”

Four charge-sheeted public servants including then Advisor, WBCSSC; then Chairman, WBCSSC; then President of Adhoc Committee at West Bengal Board of Secondary Education; then Assistant Secretary, WBCSSC and two private persons, are presently in Judicial Custody.” the CBI statement said

” Further investigation is kept open to look after the larger conspiracy and role of other accused,” the CBI maintained.