CAA does not trample on rights of any citizen: Union MoS Home

“The anti-CAA groups should welcome CAA as it will help people, who are stuck in other countries, to settle in their own country. Only those who don’t understand CAA are opposing it,” he said. 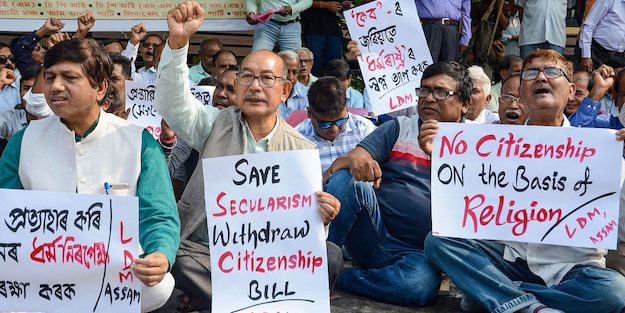 Shillong: Union Minister of State for Home, Ajay Mishra on Saturday said that the Citizen’s Amendment Act (CAA) does not trample on the rights of any citizen, but a mere  amendment to provide citizenship rights to minorities residing in neighbouring countries.

“The anti-CAA groups should welcome CAA as it will help people, who are stuck in other countries, to settle in their own country. Only those who don’t understand CAA are opposing it,” he said.

“The only amendment we have made is the minorities from Pakistan, Bangladesh and Afghanistan.

If the minorities of those countries came to India before December 2014 we are giving them citizenship rights and with that nobody in this country will lose their rights or citizenship,” Mishra said.

On the growing demand that Northeast should be exempted from CAA, Mishra said, the anti-CAA groups should hold talks on the matter.

“The nation belongs to them. You should welcome your own people since they are stuck in some other countries. Now, they have been given citizenship in the country,” he added.

Several pressure groups, including the powerful North East Students Organisation and political parties in the region had strongly opposed tooth and nail against the passage of the Citizenship (Amendment) Bill by Rajya Sabha on December 11, 2019.

Meghalaya also witnessed violent protests forcing the legislators to adopt an unanimous resolution urging the Narendra Modi-led government to implement the Inner Line Permit (ILP) to keep the State out of the purview of the CAA.

However, Mishra refused to comment on a resolution adopted by the Meghalaya assembly to extend ILP in the state saying that it is not feasible to disclose since the matter is under consideration by  the Centre.

Meanwhile, the Union minister said the Centre will gradually lift the Armed Forces Special Powers Act, 1958 after proper investigation and observation as it is not in favour of imposing laws which are against the will of the people.

“The centre is slowly and gradually moving in that direction as in some places, the imposition of AFSPA has been withdrawn following restoration of peace. Any such law which is against the will  of the people will be removed as we are not in favour of keeping such laws,” Mishra said.