BSP announces 51 candidates for the second phase of UP polls

She also gave a new poll slogan of the party 'Har Polling Booth Ko Jitana Hai, BSP Ko Satta Mein Lana Hai' (every polling booth has to be won, BSP has to be brought to power). 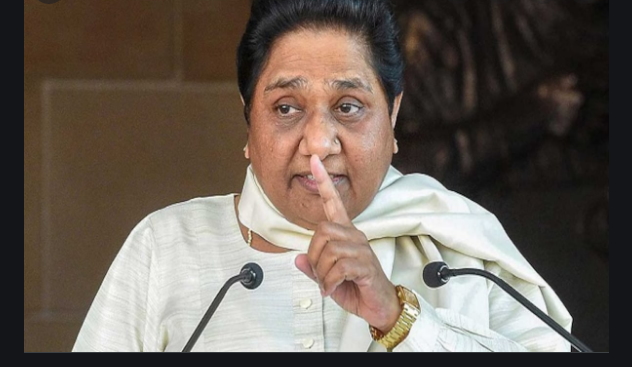 She also gave a new poll slogan of the party ‘Har Polling Booth Ko Jitana Hai, BSP Ko Satta Mein Lana Hai’ (every polling booth has to be won, BSP has to be brought to power).

It may be noted that polling for 55 seats in the nine districts of the state would be covered during the second phase of the poll and will be held on February 14.

Mayawati, while appealing to BSP workers to reach each and every village with the policies of the party said that they should go into the elections with the target of repeating the results of the 2007 polls so that the party could come to power again in 2022.

She also appealed to the party workers to adhere to Covid protocol.

In the Saharanpur district, the party has named Raees Mallik as its candidate from Behat seat, Sahil Khan from Nakur, Manish Arora from Saharanpur (City), Ajab Singh from Saharanpur, Chaudhary Rajendra Singh from Deoband, Ravindra Kumar Molhu from Rampur-Maniharan and Noman Masood in Gangoh as it’s candidates.

It may be noted Noman Masood has recently quit Rashtriya Lok Dal (RLD) and joined the BSP.

In Moradabad district the party has named Afaaq Ali Khan from Kanth, Mujahid Ali from Thakurdwara, Akeel Ahmad from Moradabad Dehat, Irshad Hussain Saifi from Kundarki and Anil Kumar Chaudhary from Bilari as its candidates.

In Sambhal district Ranvijay Singh has been fielded from Chandausi, Rafatullah alias Neta Chidda from Asmauli, Shakeel Ahmad Qureshi from Sambhal and Firoz from Gunnar have been named as BSP candidates.